Yesterday, writing about the Obama administration’s refusal to grant Catholic-run organizations an exemption from their rule requiring insurance plans to cover contraceptives, I said that if these organizations take public money then they need to follow public rules. Megan McArdle disagrees:

As Ross Douthat points out, the regulations seem to have nothing to do with whether the Catholic hospitals or other charities take public money; rather, it’s the fact that they provide services to the public, rather than having an explicitly religious mission.

I’ve seen several versions of Kevin’s complaint on the interwebs, and everyone who makes it seems to assume that we’re doing the Catholic Church a big old favor by allowing them to provide health care and 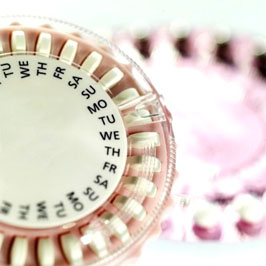 other social services to a needy public….In the universe where I live, some of the best charity care is provided by religious groups.

…In this world, I had been under the impression that we were providing Catholic charities with federal funds mostly because this was the most cost-effective way of delivering services to needy groups. Thus it’s not obvious to me that we will be better off encouraging Catholic hospitals and other groups to provide services exclusively to their own flock, while exclusively employing members of their own flock. And I’m fairly certain that if I wanted to stage a confrontation with Catholic charities, it would not be over something as trivial as forcing them to provide birth control coverage to their employees.

I don’t know if the Obama administration based its new regulations on the notion that taking public money obliges you to follow public rules. However, that’s my belief, so that’s why I used it as part of my argument.

But I want to make a broader point. I’m unhappy with the creeping growth of religious conscience exemptions to public policy, and this affects my belief that such exemptions ought to be pretty limited. I can live with exceptions for abortion, for example, but not contraception.

Here’s an analogy. A century ago, if a Catholic hospital had refused to admit blacks, that would have been permissible. This isn’t because no one thought such a policy was wrong. Plenty of people did, even then. But in that time and place it was a genuinely controversial question, and that’s why the government didn’t get involved.

But that changed. As the public came overwhelmingly to believe that racial discrimination was unsupportable, public policy changed and hospitals were required to admit all comers. If you claimed a religious exemption, too bad. You had to follow the rules.

If the Catholic hierarchy wants to maintain its barbaric position that contraception is immoral, there’s nothing I can do to stop it. But it’s a position that maims and kills and immiserates millions throughout the world, and there’s simply no reason that a secular government needs to—or should—humor them over this. I don’t think the church will stop providing charity care because they object to the contraception rule, but if they do then we’ll just have to find others to step in. We’re living in the 21st century, and in the 21st century contraception is almost unanimously viewed as morally benign and practically effective. It’s a boon, not a curse, and there’s simply no reason that a secular government supported by taxpayer dollars should continue to indulge the pretense that it’s not.