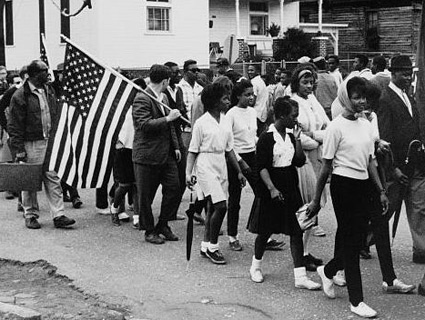 Ed Kilgore writes a post today mocking right-wing fear of betrayal by insufficiently dedicated conservative judges, a brand of paranoia that got its start with Eisenhower’s appointments of Earl Warren and William Brennan to the Supreme Court:

These disasters (from a conservative point of view) were hardly isolated. Richard Nixon appointed Roe v. Wade author Harry Blackmun; Gerald Ford’s brief presidency produced long-time Supreme Court liberal John Paul Stevens, and Poppy Bush put the ultimate Stealth Liberal, David Souter, on the High Court, an act for which the later nomination of Clarence Thomas was a very loud apology. Worse yet, St. Ronald Reagan was responsible for Sandra Day O’Connor, and depending on where Anthony Kennedy lands on a series of big upcoming cases, his appointment, too, could wind up earning a conservative Day of Infamy.

You’d have to say everything about Mitt Romney makes him suspect as the kind of Republican president who might make an insufficiently right-wing Court appointment. And this is precisely why I’d bet the farm (if I had one) that by the time November rolls around the Federalist Society wing of the conservative movement will have extracted so many private and public blood oaths from Romney on the subject that 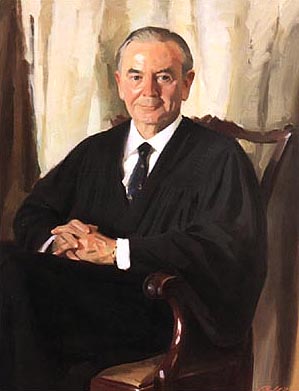 should he even think about a less-than-orthodox nominee, Satan would appear in the West Wing and snatch Mitt right down to hell.

It’s actually sort of unfair to ridicule this. The truth is that by 1990 conservatives had very good reason to be tired of “conservative” Supreme Court nominations that turned out to be either moderate or downright liberal. Souter was the last straw, especially since his nomination was viewed as caving in to liberal attacks on a genuine conservative, Robert Bork. If the shoe were on the other foot, liberals would feel the same way. I would, anyway.

In a way, though, that’s why I think Ed is wrong in his conclusion. The Bork/Ginsburg/Thomas trifecta, combined with a long history of moderate appointments, came to a head in the early 90s. Since then, there’s been no daylight among Republicans on the need to nominate only absolutely reliable conservatives to the Supreme Court. Romney may indeed make both public and private promises on this score, but he won’t need any coaxing. Even moderate Republicans are pretty much on board with the movement conservative agenda on Supreme Court nominees.

There is, in a way, a broader unfairness here too. We tend to mock conservatives for endlessly keeping the culture war alive, but the truth is that it was we liberals who started it. We’re the ones who, among many, many other things, banned school prayer, legalized abortion, fought for gender equality, and are currently pressing to legalize gay marriage. You’ll be unsurprised to learn that I think we were right to do all these things and right to keep fighting for them. But make no mistake: we’re the ones demanding change, and we’re the ones who keep fighting for it. Every time I hear some liberal complaining about the way that conservatives keep turning everything into a new front in the culture war, I feel a twinge of chagrin. Why are we complaining? We’re the ones who really own the culture war, and we should be proud of it. It was a war worth starting and a war worth winning.