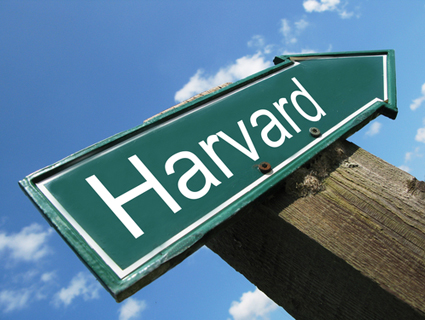 Harvard graduates often tell acquaintances they “went to school in Cambridge” and the Boston Globe is on it:

She does not like dropping the H-bomb, which is how Harvard students and alumni describe the moment they use the name of their university.

It’s a loaded word. And everyone who has ever been a student at Harvard University – the school minted about 7,000 new graduates this month – is acutely aware of the perils of using it. They have been through it many times, seen the bomb explode in different ways. Each has an approach, goals for how it should go off.

When confronted with questions about their education, many elect simply for a kind of dodge, the most famous being the Boston method. “I went to school in Boston.” Sometimes it’s “near Boston.” Or perhaps even “Cambridge.’”

Harrowing. The Globe cites examples which purport to show a Harvard connection backfiring—including the Massachusetts Senate race—and asks about a handful of alumni to explain why they refrain from dropping the H-bomb at all cost.

One thing the piece neglects to point out, though, is that telling someone “oh, I went to a small little academy on a river near Somerville” is somewhere between 50 and 100 times more annoying than simply telling someone you went to Harvard. I’m not sure what it is that Harvard grads expect will happen if they reveal the true source of their diploma—people will faint, the skies will open, Nazis—but generally speaking, people can handle it.

Tim Murphy is filling in while Kevin is on vacation.