Ezra Klein is only 28 years old, but he says that Washington DC has changed in just the few years he’s been there:

Perhaps my favorite thing to do on the blog is long Q&As, like the ones I’ve conducted with Tom Coburn, Kent Conrad, Paul Ryan, and Buddy Roemer, to name just a few. But those interviews are harder to get than they were even a few years ago. The communications directors see too little upside, and too much risk, to letting their charges speak freely in 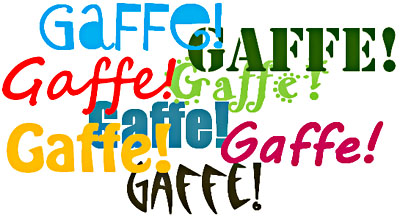 public. And I’m finding it increasingly difficult to explain why they’re wrong.

Ezra is riffing off an interview that TPM did with Ryan Lizza, in which Lizza talks about today’s poisonous media environment:

I’ve been meaning to write a piece about this. We were talking earlier about the daily gaffes and Twitter and the news cycle, and I’m totally as much to blame for helping that atmosphere as anyone. We all engage in tweeting and commenting and hammering these guys when they say something off message. It’s created a crisis for political journalism. People genuinely do not think it is in their interest — both White House and campaign officials, both campaigns, it’s not a partisan thing at all, it’s Democrats and Republicans — they genuinely do not believe it’s in their interest to talk in an unguarded way. Because even if they trust you to get the context 100 percent right, it doesn’t matter, because they know that a liberal or conservative blog, or a campaign ad, will just grab something out of context and run with it and create some damaging meme.

I’ve been doing this for 15 years, and it’s worse now than it’s ever been. If you think about it from their perspective for a second, you can’t totally blame them. Lately I’ve realized it’s harder than it’s ever been, and these campaigns want to exercise complete and total message discipline. In the current media environment, that’s the whole game. There’s pretty serious tension between running a campaign and running a transparent and open White House. We often complain about this, and rightfully so, but we have to recognize some of the blame here.

I don’t blame social media for this. It’s something that’s very obviously been on the increase for at least the past 20 years. National politicians have been exercising increasing message discipline for years, and the modern, totally locked down presidential campaign is just the obvious endpoint of this trend. Maybe social media has accelerated it a bit, but I don’t think it’s anything close to a root cause.

Question: is this worse in the United States than in, say, Great Britain? If so, why? They have blogs, they have Twitter, they have venomously partisan newspapers, and they have political parties that are, by design, as polarized as ours. But my sense is that their politicians aren’t quite as scripted as ours. (Though there are obviously some spectacular exceptions.) Is this sense wrong? Or are they so used to polarized parliamentary politics that they’re better able to shrug off the attacks?