If Republicans win in November, can they repeal Obamacare? In theory, this is a fairly technical discussion. Republicans can repeal all the parts of the law that are budget related using reconciliation, a procedure that requires only 50 votes in the Senate. But the non-budget parts, like the rule that insurance companies have to cover people with 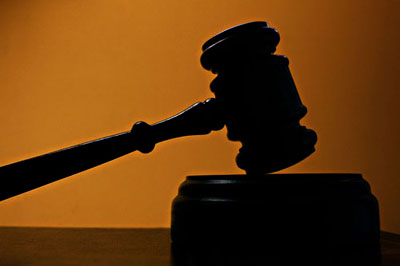 pre-existing conditions, can only be repealed via regular order, which Democrats can filibuster. That takes 60 votes to overcome, and Republicans won’t have 60 votes.

But this whole conversation has always struck me as faintly ridiculous. First, if you repeal all the budget-related aspects of Obamacare, you’ve essentially gutted the law. Who cares if it takes a few more years to do the mopping up via amendments to must-pass bills? Second, I’m not sure 60 votes is actually out of reach for the regulatory parts of the law anyway. If the law is already in tatters because the funding is gone, there might very well be a dozen Democrats willing to join Republicans in getting rid of the rest of it and starting over.

And third — well, look. Can we stop pretending to be children here? As Matt Yglesias points out, the last time Republicans had a problem with reconciliation, they just fired the Senate parliamentarian and hired a new one willing to make the rulings they needed. They can do the same thing this time, or they can skip the drama and just ask Vice President Rubio to overrule the parliamentarian. All they need is a determination that the entire law is so tightly intertwined that, taken as a whole, it’s a budgetary matter. Will they do that? Of course they will:

One way or another, if Romney wins and Republicans gain control of the Senate, Obamacare is toast. Anyone who thinks otherwise just hasn’t been paying attention to politics for the past couple of decades. Can we please stop acting like earnest ninnies about this stuff?