The Treasury Department recently offered a deal to the Federal Housing Finance Agency: a tripled incentive to participate in a program of loan forgiveness to underwater homeowners. Yesterday, FHFA released an analysis that suggested this might be a good deal for Fannie Mae and Freddie Mac but probably not for taxpayers. So they declined to participate. This has produced many, many calls for President Obama to fire Ed DeMarco, the acting head of FHFA. The basic argument is that FHFA’s job is to worry about what’s good for FHFA, not what’s good for the taxpayers. That’s Treasury’s job.

Point taken. But if you dig into both FHFA’s report and the technical appendices (here and here), something more interesting is at work here. Two things in particular struck me. First, FHFA’s various models do indeed 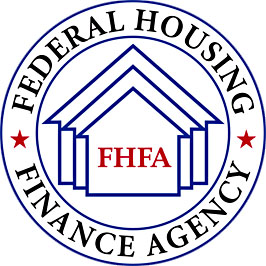 suggest that FHFA would come out ahead if they took up the Treasury offer. But:

This is….peculiar. The authors of the report seem to be saying that they don’t believe their own agency’s models. But how can this be? If FHFA thinks that FHFA’s models don’t take all the relevant factors into account, then FHFA should create better models. If these issues are genuine, why didn’t the modelers consider them?

Second, the report argues that because FHFA would be required to offer principal forgiveness according to strict rules (unlike private banks, which are allowed to use more discretion), homeowners who are current on their payments would find it easy to game the system and claim hardship, hoping to get a principal reduction. If too many homeowners did this, it would wipe out FHFA’s benefit:

As few as 14,000 strategic modifications (only one percent of all potential HAMP PRA eligible current borrowers) to as many as 126,000 (nine percent of those borrowers) would eliminate the Enterprise benefit of HAMP PRA.

Again, I’m puzzled about why this isn’t incorporated into a bigger model. Why create a bunch of model scenarios (the study includes more than a dozen), and then discuss reasons the models might be off? Why not model both the early intervention problem and the strategic default problem and then produce a final set of scenarios?

In a sense, I think the criticisms of DeMarco are off. If his only issue was that he didn’t like Treasury’s program because it would cost the taxpayers money, that would be pretty inexcusable. It’s up to Treasury to decide how to spend taxpayer money. But that doesn’t really seem to be his biggest problem. His real problems are these:

I’m not sure what to think of all this, but I do think these are the most concrete issues at hand, not the sideshow of taxpayer costs. The question is whether they’re legitimate, and that’s difficult to answer. I can’t help but think there’s some kind of wonk war going on within FHFA, with the modeling team refusing to take everything into account that the management team thinks they should. Or something like that. Whatever it is, though, it makes it pretty hard to fairly evaluate FHFA’s case for turning down Treasury.