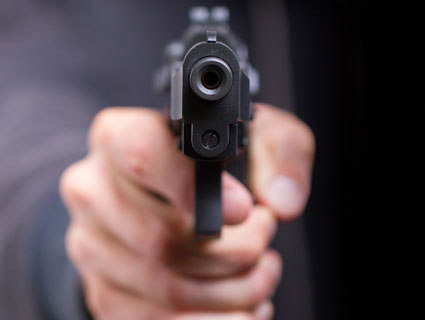 This week the modern conservative id took center stage when Mitt Romney was caught on video telling a bunch of wealthy donors what they wanted to hear: that the poor are a bunch of lazy parasites who refuse to take personal responsibility for themselves. Coincidentally, the same week another bit of the conservative id reached the end of its road. I’m talking about their obsession with Fast and Furious, the gun-walking operation in Arizona that Republicans have been in a lather about for the past two years.

There’s not much question that Fast and Furious was a cockup. ATF agents wanted to track guns that were being sold to Mexican drug cartels, but poor planning, idiotic infighting, and a tangle of laws that got in the way of arresting obvious gunrunners produced little but chaos. Thousands of guns ended up in Mexican hands, one of which was eventually used to kill ATF agent Brian Terry. Katherine Eban wrote the best take on the whole sorry affair three months ago in a long piece for Fortune called “The truth about the Fast and Furious scandal.”

But this was never enough for Republicans. Rep. Darrell Issa, the Republican attack dog who was the point man for congressional hearings into the affair, insisted that Barack Obama was using Fast and Furious to “somehow take away or limit people’s Second Amendment rights.” This was pretty much the party line in the fever swamps of the right: It wasn’t just a local mess, it was a carefully planned operation from Eric Holder on down to set the stage for a massive new effort to take away people’s guns. As Ann Coulter explained things, Fast and Furious put guns in the hands of Mexican drug cartels “to strengthen liberals’ argument for gun control…Innocent people dying was the objective of Fast and Furious, not collateral damage.”

On Wednesday that all came crashing down when Michael Horowitz, the Department of Justice inspector general, finally released his lengthy report on the operation. Horowitz is no Democratic hack. As Time’s Massimo Calabresi reminds us, “Horowitz managed to impress the House GOP in briefings over the 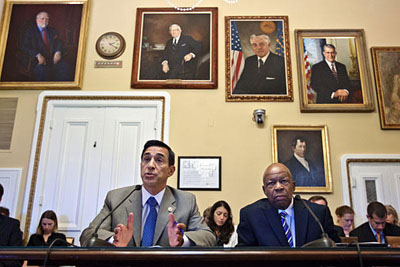 past week, and the report itself was met with support from all quarters…Issa himself called Horowitz and his report ‘courageous.'” But there’s more:

What none on the right are admitting is that Horowitz’s report systematically reveals how irresponsible and speculative the accusations from their side have been. The report criticizes Holder’s Criminal Division chief Lanny Breuer for failing to inform Holder or his deputy that “gun walking” had taken place in the Bush administration in another case in Arizona called “Wide Receiver.” But the report shows that Breuer knew nothing about gun walking in Fast and Furious, and that therefore the scandal existed three levels below Holder (let alone the White House)…As for the source of the false statements to Congress, Horowitz finds they were the result of inaccurate reassurances given to Breuer’s deputy Jason Weinstein, by the U.S. attorney in Arizona, Dennis Burke.

…Horowitz destroys the conspiracy theories on both sides of the aisle over 471-pages, but it’s the right wing screamers who come out looking worst. Horowitz shows definitively that the Arizona ATF agents and prosecutors in the U.S. Attorney’s office there were responsible for the operation, not the White House or the Justice Department in Washington and that the primary source of the inaccurate testimony given to Congress was the U.S. Attorney for Arizona, Dennis Burke.

For over a year, it’s been an article of faith on the right that Fast and Furious was a carefully constructed scheme directed by the White House to trash the Second Amendment and build support for more gun control laws. It wasn’t. Neither the White House nor Eric Holder had any idea what was going on. It was just a local operation that was badly botched. This makes Fast and Furious offically yet another lunatic conservative conspiracy theory that has bitten the dust in the cold light of reality.