Via Andrew Sullivan, I see that Charlie Cook is predicting bad news for Democrats:

The 2014 vote is what’s known as a “six-year itch” election, with the party holding the White House usually losing a substantial number of House and Senate seats in the sixth year of its tenure. There are a variety of reasons, but at that midway point in a party’s second four years in the White House, the “in” party tends to lose energy and focus. Party leaders run out of ideas, and the “first team” in terms of personnel—the people who were there when the president took office—have often bailed out, and the second or third team is sometimes not as good. Voters tend to grow weary and to look for something different.

This is a funny thing. In 2004, the Washington Monthly ran a feature called “What If Bush Wins?” and my contribution was similar to Cook’s: presidential administrations often get bogged down in scandals in their sixth year, and I figured Bush would be no exception. And as things turned out, he 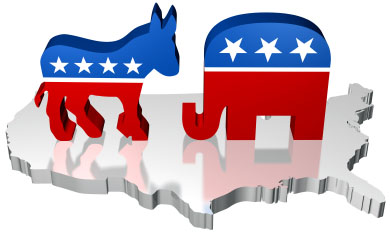 wasn’t. A combination of Jack Abramoff, Valerie Plame, and several smaller affairs turned 2006 into a wave election for Democrats, who regained control of both the House and Senate.

I don’t really see that happening to Obama. Republicans have done their damnedest to make scandals out of Fast & Furious, Solyndra, and Benghazi, but there’s been nothing there. They’re just run-of-the-mill mistakes, and not even especially big ones. Whatever else you can say about him, Obama seems to run an unusually tight ship out of the Oval Office. (It’s telling that he managed to spend $500 billion in stimulus money with an almost total lack of even petty scandals.)

So this leaves the more general argument that Cook makes: the in-party just generally gets tired and loses focus, leaving voters eager for a change. And I suppose it would be foolish to expect Obama to break out of that straitjacket.

And yet….things really do feel different right now. I’m not even sure I can quite verbalize how they feel different, but I guess it’s a combination of things. First, the demographic trends that helped Democrats in 2012 will still be a big headwind working against Republicans in 2014. Second, it seems likely that the GOP is going to continue its strategy of maximal obstruction in Congress, and that’s going to wear very, very thin. Third, as Marco Rubio and Bobby Jindal have demonstrated rather pointedly recently, Republicans are the ones who seem tired and out of ideas right now. They’re still partying like it’s 1979 and the answer to every problem is tax cuts for the rich, deregulation for big corporations, and spending cuts for the poor and the middle class. Fourth, if Republicans continue to fight the same fights they’re fighting now—slashing Medicare, shutting down the government—Obama is very likely going to come out the winner. He’s simply got the more popular side of those arguments.

It would be foolish to predict Democratic gains in 2014. Cook is right that there are plenty of reasons to think that’s not going to happen. And yet, I’m just not sure. I usually pay heed to long-term historical trends when it comes to stuff like this, but unless Republicans do something genuine to react to their 2012 losses, I’m not sure they can count on generic exhaustion with Democrats to sweep them to victory in 2014. They need to up their game.