Dylan Matthews has an interview with Thomas Kane today about ways in which we can measure teacher performance in the classroom. This comes at the very end:

Dylan Matthews: Now, the three components you measure predict future performance on achievement tests. But a lot of people dismiss that, even though there’s growing evidence that achievement test scores are correlated with all kinds of important real-life outcomes. Why do these scores matter?

Thomas Kane: So I’m really heartened — even asking that question means you’re aware of that Chetty/Friedman/Rockoff study….What they found was that the teachers who appeared to have high value-added while the students were 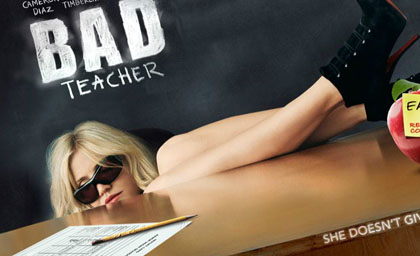 in their classrooms, their value-added was predictive of students’ income later. I’m optimistic about it but based largely on Raj’s study.

I remember reading this study when it first came out, and I had a very different reaction. Basically, the researchers looked at data on teachers and test scores starting around 1990, and linked it up with the incomes of students later in life. They had a big dataset and they did all the usual controls. Then they estimated the gains to income from firing a terrible teacher (one in the bottom 5 percent) and replacing him with an average teacher. Long story short, once you account for real-world frictions (namely that we can’t perfectly identify the terrible teachers), they estimate that making this change in a single grade level produces an income gain among students of slightly more than 1 percent at age 28.

Now, the first thing to say about this is that a result this small, even if it’s statistically significant, should be treated with extreme caution. There are just a ton of confounding variables that could be at play here, and even a small missing factor could swamp this study’s findings.

But it’s worse than that. Even if you assume these results are correct, they struck me not as optimistic, but as shockingly low. We’re not talking about a small change in teacher quality here. We’re talking about a huge change: an entire year spent with a perfectly acceptable teacher instead of one who’s the worst of the worst. And even at that, it only made a difference of 1 percent in future income. That’s it?

Now, you could argue that the effect would be bigger if we got rid of bad teachers in all the grades. Wouldn’t that make a bigger difference? Sure, except that about half of all students never get any bottom-5-percent teachers in the first place; a little less than half get a bottom-five-percent teacher once in their school careers; and only a handful of the very unluckiest students get one for more than one year. So you’re stuck with the basic result: averaged across all students, the value of firing all the terrible teachers will probably be a future income increase of less than 1 percent. For an average person, that’s a few hundred dollars per year.

Am I the only one who finds that surprisingly meager? I’m all for getting rid of horrible teachers, but if anything, this study makes me put a lower priority on this than I used to—especially considering how difficult it would be to carry out a policy like this. I was surprised that this study got such a euphoric reception when it was published, and I still am.