The resolution of the fiscal cliff crisis drained so much energy from both Congress and the president that they agreed to punt on the sequester, a set of automatic $1 trillion spending cuts agreed to in 2011. But they didn’t punt for long: the sequester was only delayed until March 1. Today is February 7.

This doesn’t especially bother me. If there’s a deal to be made on the sequester, it won’t get made until February 28. Maybe even a few days later. By Washington standards, three weeks from a drop-dead date is essentially infinity, so the fact that no deal seems to be in sight is hardly surprising.

However, Stan Collender came back today from his monthly breakfast meeting of inside-the-beltway budget wonks and reports that the consensus of his group is that “the current situation is as complex, hard to read, and even harder to 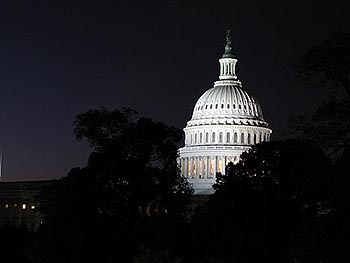 predict than any they’ve ever seen.” In particular, here’s why he thinks a resolution of the sequester showdown is unlikely:

This week’s proposal from the White House to delay the sequester and substitute a combination of revenue increases and other spending cuts in the meantime was rejected by House and Senate Republicans almost instantly. A Senate Republican preference to substitute more domestic reductions for the military cuts is a nonstarter with Senate Democrats. And the House Republican preference to substitute Medicare and Medicaid changes for the sequester reductions has been rejected by House and Senate Democrats.

A backup plan being discussed by Senate Republicans that would keep the sequester in place but give the departments and agencies flexibility in how they may be achieved is just as confusing but for a very different reason. The flexibility the Senate GOP wants is not acceptable to House Republicans because they’re afraid that the Obama administration will use the flexibility to cut programs, projects, and activities in Republican-held districts while adding funds in those represented by Democrats.

Meanwhile, the word from the White House is that it doesn’t want the flexibility the Senate GOP wants to provide because that could leave it open to criticism from those whose programs are cut rather than saved. The administration’s reasoning apparently is that the very strict sequester spending cut formula will mean that it cannot be blamed for the results if sequestration happens.

In a nutshell, we seem to be in a situation where the sequester, as bad as it is, is less bad than all of the alternatives. Republicans don’t want more defense cuts; Democrats don’t want more domestic cuts; and neither side wants the president to have more flexibility. And of course, simply doing away with the sequester entirely for a couple of years, which is by far the smartest option, is completely off the table. The wise men of Washington, along with the flamethrowers in the GOP, simply can’t be convinced that budget deficits are a good thing to have right now, even though all the evidence in the world points in that direction.

Still, although everyone may seem intransigent at the moment, there’s actually good reason to suspect that there are growing cracks in the GOP position. It’s not February 28th yet. No need to panic until then.