The war between Paul Krugman and Jeffrey Sachs continues this weekend with a long column from Sachs contending that: the 2009 stimulus was useless; high debt levels are going to stangle us; and the only thing that matters is fixing our structural problems. Tyler Cowen says he agrees with Sachs “at least two-thirds,” but it’s not clear which third he disagrees with. Conversely, Mark Thoma delivers an epic beatdown, saying that Sachs “can believe whatever he wants, but the evidence is against him.”

I have mixed emotions. Thoma has much the better of the argument on the question of whether the 2009 stimulus was helpful. The bulk of the evidence suggests that, along with ordinary countercyclical spending, it did a lot of good. It might not have been structured ideally—Sachs is right about that—but it’s better 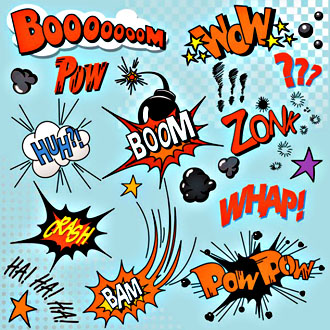 than he gives it credit for, as Ryan Cooper points out. There’s not much question that we live in an imperfect world, but to say that the stimulus spending was literally useless, simply because it wasn’t as good as it could have been, goes far beyond any reasonable read of the evidence.

Still, that leaves us with the question of what to do going forward. This is where I’m a little more wobbly. My rough take on the Great Recession is that it was about one-third structural and two-thirds cyclical. If you apply that ratio to unemployment, which went up from 5 percent to 10 percent, it means—again, roughly—that maybe 3.5 points of that were cyclical and 1.5 points were structural. If that’s close to true, we’ve got about 1 percentage point left to go before we’ve eliminated all the cyclical unemployment caused by the financial crash. The rest is accumulated structural problems.

Obviously these numbers are just guesses, and no, I have no grounding in economics to back them up. Still, I don’t think they’re way off the mark. And they suggest that, although some modest additional stimulus would be helpful—certainly more helpful than the idiotic anti-stimulus of the sequester—our biggest problem going forward is indeed structural.

Unfortunately, I have my doubts that we have any solutions for the structural problems that bedevil us. Sachs offers up a fairly conventional liberal prescription—lots of investment in infrastructure and education, paid for by carbon taxes and various taxes on the rich—and I don’t have any problem with that. I don’t think Krugman does either. Unfortunately, I suspect that our bigger structural problems are twofold:

I’m all for rebuilding our infrastructure, and a strong focus on renewable energy would certainly help reduce our vulnerability to oil shocks. But it will happen only slowly, and only if the entire rest of the world does the same thing. At the same time, improvements in technology will be good for productivity, but are going to put increasing numbers of people out of work for good. Better infrastructure won’t really help that.

I’m not sure what the answers are. A Manhattan Project level of commitment to renewable energy might help with the oil problem, but there’s no political will for that. Stronger programs of income redistribution would help with the technology problem, but there’s pretty obviously no political will for that either right now. So I guess we just keep plugging along until either (a) it turns out these problems aren’t as calamitous as I think they are, or (b) it becomes so obvious they are calamitous that everyone finally agrees they have to be addressed.

1I’m reluctant to call this a “problem,” since technology is obviously a huge driver of economic growth. But it’s certainly a big problem at a human level until we figure out what to do with workers who are permanently displaced from the job market by advancing technology.