Chana Joffe-Walt has a longish, data and anecdote-driven piece on Planet Money about the steady rise of disability payments over the past couple of decades. To a large extent, she says, the federal disability program has become a de facto parking place for lots of people who lose their jobs and simply have no chance of getting another one. Here she is talking to a doctor in a rural county in Alabama:

“We talk about the pain and what it’s like,” he says. “I always ask them, ‘What grade did you finish?'”

What grade did you finish, of course, is not really a medical question. But Dr. Timberlake believes he needs this information in disability cases because people who have only a high school education aren’t going to be able to get a sit-down job.

Dr. Timberlake is making a judgment call that if you have a particular back problem and a college 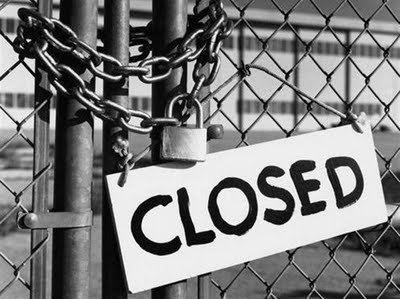 degree, you’re not disabled. Without the degree, you are.

And here she is talking to a guy who lost his job in a mill closure:

After I got interested in disability, I followed up with some of the guys to see what happened to them after the mill closed….Scott [Birdsall] tried school for a while, but hated it. So he took the advice of the rogue staffer who told him to suck all the benefits he could out of the system. He had a heart attack after the mill closed and figured, “Since I’ve had a bypass, maybe I can get on disability, and then I won’t have worry to about this stuff anymore.” It worked; Scott is now on disability.

Scott’s dad had a heart attack and went back to work in the mill. If there’d been a mill for Scott to go back to work in, he says, he’d have done that too. But there wasn’t a mill, so he went on disability. It wasn’t just Scott. I talked to a bunch of mill guys who took this path — one who shattered the bones in his ankle and leg, one with diabetes, another with a heart attack. When the mill shut down, they all went on disability.

….”That’s a kind of ugly secret of the American labor market,” David Autor, an economist at MIT, told me. “Part of the reason our unemployment rates have been low, until recently, is that a lot of people who would have trouble finding jobs are on a different program.”

….People who leave the workforce and go on disability qualify for Medicare, the government health care program that also covers the elderly. They also get disability payments from the government of about $13,000 a year. This isn’t great. But if your alternative is a minimum wage job that will pay you at most $15,000 a year, and probably does not include health insurance, disability may be a better option.

I have a pretty bearish take on all this. Basically, I suspect it’s inevitable. There are a growing number of workers who are all but unemployable, and we can either throw them on the streets or else we can provide them with a small government benefit. Most of us, even the ones who talk the toughest, aren’t willing to toss people out on the streets, so by hook or by crook, disability has become our way of providing the unemployable with a small pension. It’s obviously a million miles from perfect, but it’s better than nothing. And no one has a serious incentive to fix it, because fixing it would mean facing up directly to the problem. That’s something that we’re pretty universally afraid to do.