Ross Douthat on the coming liberal victory over gay marriage:

Whether people think they’re on the side of God or of History, magnanimity has rarely been a feature of the culture war.

That’s true! Also true of practically every other disagreement, big or small, among human beings. The exceptions are rare enough that they usually become famous.

In any case, what Douthat wants lefties to magnanimously acknowledge is the possibility that the growing acceptance of gay marriage, even if it’s a net positive, might have contributed to things like the decline in traditional marriage rates and the rise in out-of-wedlock births. He concedes, of course, that those are long-term trends and the Great Recession has made them worse:

But there is also a certain willed naïveté to the idea that the advance of gay marriage is unrelated to any other marital trend. For 10 years, America’s only major public debate about marriage and family has featured one side […] pressing the case that modern marriage has nothing to do with the way human beings reproduce themselves, that the 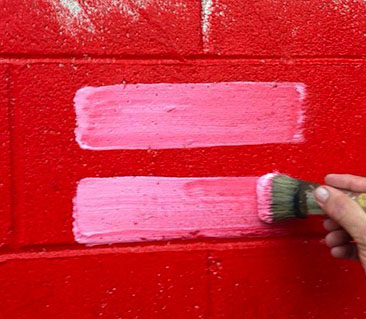 procreative understanding of the institution was founded entirely on prejudice, and that the shift away from a male-female marital ideal is analogous to the end of segregation.

Two comments. First, I think this is ironic. My sense of the debate is that the procreation argument was introduced by opponents of same-sex marriage, not supporters. Those advocating SSM just wanted gays and lesbians to be able to marry each other. It was opponents, after realizing that Old Testament jeremiads weren’t cutting it any more, who began claiming that SSM should remain banned because gays couldn’t have children. This turned out to be both a tactical and strategic disaster, partly because the argument was so transparently silly (what about old people? what about women who had hysterectomies? etc.) and partly because it suggested that SSM opponents didn’t have any better arguments to offer. But disaster or not, they’re the ones responsible for making this into a cornerstone of the anti-SSM debates in the aughts. Without that, I doubt that most ordinary people would ever have connected gay marriage to procreation within straight marriages in the first place. If this really has had an impact on traditional marriage, the anti-SSM forces have mostly themselves to blame.

But they probably shouldn’t blame themselves very much, because I don’t think the demographic details back up Douthat’s case. Take a look at the demographic groups where marriage has declined: very famously, it’s been among poor and working class women, and especially among poor and working class black women. I’ll concede that I might be off base here, but I think Douthat is assuming that recondite arguments over procreation and gay marriage, which are common in his highly-educated social group, are also common in the groups where marriage has declined. I doubt that very much. What’s more, support for gay marriage is lowest in precisely the groups that have abandoned traditional marriage in the largest numbers. If the procreation argument were really affecting marriage rates, you’d expect to see the biggest impact in the groups where this argument is most commonly advanced, and in the groups that most strongly support gay marriage. Instead we’ve seen the opposite.

The economic and social forces behind the decline in marriage are decades old: stagnant incomes for men, growing incomes for women, an incarceration explosion that’s left black male communities decimated, and a feminist revolution that made single parenthood more socially acceptable. Against that backdrop, I guess I find it unlikely that a fairly esoteric debate about procreation, which took place mostly among the chattering classes, had a significant impact on the people who are actually abandoning marriage. I’m open to evidence to the contrary, though.