Here’s a little something to noodle on while I’m lounging in my easy chair trying to solve this week’s Saturday Stumper crossword puzzle. First, you need to click here and go read a post by Matt Yglesias. I’ll wait.

You didn’t read it, did you? Fine. I know you’re busy, so here’s the nickel summary. Matt is talking about the distribution of income in America, and he makes the point that modern capitalism is fundamentally based on a set of fairly complex rules created by humans. There’s no natural, “default” distribution of income, it all depends on what rules we agree on:

It takes an awful lot of politics to get an advanced capitalist economy up and running and generating wealth….You go through the trouble of creating advanced industrial capitalism because that’s a good way to create a lot of goods and services. But the creation of goods and services would be pointless unless it served the larger cause of human welfare. Collecting taxes and giving stuff to people is every bit as 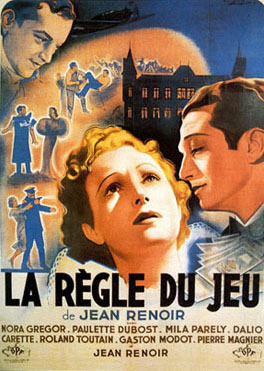 much a part of advancing that cause as creating the set of institutions that allows for the wealth-creation in the first place.

The specifics of how best to do this all are (to say the least) contentious and not amenable to resolution by blog-length noodling. But the intuition that there’s some coherent account of what the “market distribution” would be absent public policy is mistaken. You have policy choices all the way down.

Matt’s argument is a common one, and I’ve seen it made dozens of times in various ways. What’s more, it’s an argument with a lot of force. It really is true that income distribution depends on the rules of the game, and it can favor the rich or the poor depending on who sets up the rules. There are practical limits to how much you can muck with the rules and keep your economy humming along, but within these limits there’s nothing inherently natural about one set of rules vs. another.

Why is that? It’s one thing to acknowledge that changing the rules is hard because rich people have a lot of political power and don’t want to see them changed. But that hardly even matters until you can make the egalitarian economic argument in a way that’s convincing to the public in the first place. That’s apparently very hard to do, but I’m not quite sure why. Guesses welcome in comments.