I’m moderately pissed off at Bob Somerby right now—not really an uncommon occurrence—but he does make a good point about the Krugman vs. Scarborough debate:

If you end up watching the tape, please look for the part, early on, where Scarborough concedes the discussion. He says he too would like to see several hundred billion more dollars in federal spending this year, money which could be used to fund infrastructure projects and to rehire teachers.

If this had been a boxing match, a referee would have stopped the fight, declaring a technical knock-out. At that moment, Scarborough said he agrees with Krugman’s heretical views—the views which get Krugman ridiculed by the Washington Insider Class. A referee 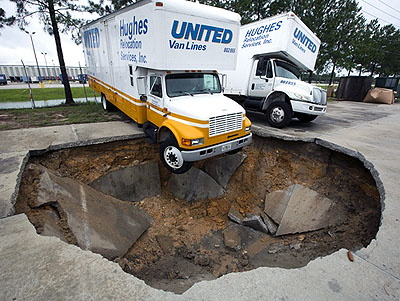 should have stopped the fight. He could have awarded this part of the fight to Krugman, then moved to some other topic.

On the substance, [] what the debate really showed is that the sensible middle ground in the debate over our fiscal and economic problems is not hard to locate. It’s the position held — with variations on the margins — by Obama, Krugman, and Scarborough alike….Asked directly by Krugman if he would support an additional $200 billion per year in spending on infrastructure and education, Scarborough said: “Oh, yeah.” Any difference here is overshadowed by agreement: Both think we should invest in the economy in the short term, while simultaneously believing that long term debt is a problem (in their exchange, Scarborough misleadingly implied that Krugman doesn’t believe this).

More infrastructure spending now, tighter controls on healthcare spending in the future. That’s about 90 percent of the argument right there, and most everyone outside of the fever swamps agrees about this. Unfortunately, the fever swamps control our political discourse these days, so instead we get austerity now and nothing much (beyond Obamacare) to rein in healthcare costs in the future.