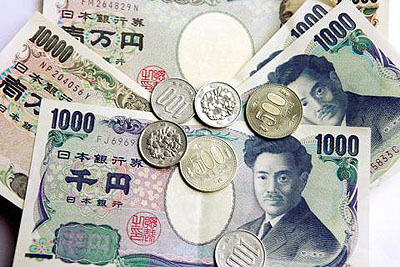 Japan has been suffering from deflation for most of the past decade, and prime minister Shinzo Abe ran last year on a platform of turning this around. Today, the incoming head of the Bank of Japan announced its new monetary policy:

Following his inaugural policy board meeting, Haruhiko Kuroda said the central bank is pulling out all the stops to get the economy out of deflation, referring to the nine-member panel’s unanimous decision to vastly expand government bond purchases, including buying longer-term debt. The BOJ also tossed aside some self-imposed limits that previous leadership had stuck to.

I will not use my fighting power in an incremental manner,” Mr. Kuroda told a news conference following the two-day meeting, one of the most closely watched in the central bank’s recent history. “Our stance is to take all the policy measures imaginable at this point to achieve the 2% price stability target in two years.”

There’s more in this vein, but the bottom line is simple: Kuroda has made it absolutely clear that BOJ is willing to do anything, and for as long as it takes, to get inflation back up to 2 percent. He’s committed to doubling the money supply, and will do even more if that’s not enough.

This is a fascinating experiment. One of the cornerstones of the market monetarists who believe the Fed should target NGDP levels—i.e., that it should commit to keeping nominal GDP growing at a preset rate, and should play catch-up if it doesn’t—is that the simple act of making that commitment will raise inflation. This is the “expectations channel” of monetary policy.

Well, BOJ has now put the expectations channel into play in about the most dramatic way possible. Its announcement was surprisingly strong, it was unequivocal, it was credible, and it clearly has strong political support. If it doesn’t work, it will demonstrate serious limitations for managing monetary policy via expectations. If it does work, it will give a boost to the NGDP crowd. It won’t be a decisive demonstration either way, since there’s more going on than just expectations, but it will definitely be a strong data point. It should be interesting to watch.