A regular reader who likes to humor my hobbyhorses points me to a Time piece about the decline in loyalty card programs. Hooray! Unfortunately, I’m a little skeptical. Loyalty program membership has actually gone up substantially over the past couple of years, and the only real evidence of a decrease is in the supermarket sector, which I suspect was simply saturated. Time also cites the fact that Albertsons is discontinuing its loyalty card. Here’s their explanation: 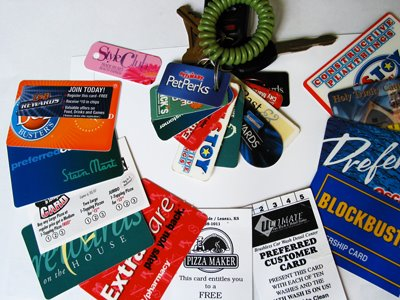 each store like it’s our only store, and offering best-in-class customer service is as much of a differentiator.

Uh huh. I’m not sure what the real reason is, but this isn’t it. This is just marketing hot air. I wonder what’s really going on?

Time also quotes from a recently released Colloquy study of loyalty programs: “Savvy customers understand that loyalty programs gather and utilize customer data to make marketing decisions….If programs are not crystal-clear in providing benefit to the customer in exchange for that information, and are not clear in their privacy policy, consumers can back off from participating.”

I’d love to believe this, but I have my doubts. Very few people seem to understand how supermarkets use and market their loyalty card data. And anyway, what isn’t crystal clear about the benefits? You get discounts on the stuff you buy. That’s about as clear as it gets. Finally, there’s this:

At the same time, other supermarket companies are putting an even greater emphasis on loyalty programs—and the potential they give for customized marketing and personalized pricing. As CNBC and the Associated Press have reported, Safeway and Kroger’s, among others, have been stepping up efforts to use customer’s shopping histories to present them with personalized deals and coupons to boost spending. “There’s going to come a point where our shelf pricing is pretty irrelevant because we can be so personalized in what we offer people,” Safeway CEO Steve Burd said earlier this year, according to the AP.

Such a concept may strike some shoppers as being inherently unfair: How would you like paying twice as much for hamburgers or coffee than the person checking out in front of you? Then again, a scenario like that is likely to make you sign up for the loyalty program, which is sorta the point. Many customers will, in fact, love personalized pricing because it’ll make them feel special—like they’re getting a unique deal created just for them.

As far as I’m concerned, loyalty card programs have long since gone from being annoying to extortionate. At one time, they offered members a smallish discount. That might have annoyed me, but it wasn’t a big deal. These days, however, they’re used virtually as threats: allow us to track your buying habits in minute detail or else get stuck paying insanely high prices. The non-loyalty prices can sometimes be half again as much as the loyalty-card price. You have to keep a sharp eye out to avoid getting ripped off.

But despite what the Colloquy study says, nobody seems to care. In fact, most people seem to think I’m half-deranged for even grousing about this. I’m still waiting for the Edward Snowden of loyalty card programs to drop a few crates of secret documents on me, but until then, maybe I’ll just give the subject a rest. Resistance is futile.