In the Wall Street Journal today, George Olah and Chris Cox suggest that instead of venting carbon dioxide into the atmosphere, where it causes global warming, we should use it to create methanol:

Thanks to recent developments in chemistry, a new way to convert carbon dioxide into methanol—a simple alcohol now used primarily by industry but increasingly attracting attention as transportation fuel—can now 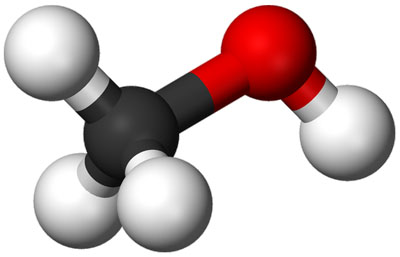 make it profitable for America and the world to reduce carbon-dioxide emissions.

At laboratories such as the University of Southern California’s Loker Hydrocarbon Research Institute (founded by George Olah, one of the authors here), researchers have discovered how to produce methanol at significantly lower cost than gasoline directly from carbon dioxide. So instead of capturing and “sequestering” carbon dioxide—the Obama administration’s current plan is to bury it—this environmental pariah can be recycled into fuel for autos, trucks and ships.

Olah has been writing about a “methanol economy” for a long time, and he skips over a few issues in this op-ed. One in particular is cost: it takes electricity to catalyze CO2 and hydrogen into methanol, and it’s not clear how cheap it is to manufacture methanol in places that don’t have abundant, cheap geothermal energy—in other words, most places that aren’t Iceland. There are also some practical issues related to energy density and corrosiveness in existing engines and pipelines. Still, it’s long been an intriguing idea, since in theory it would allow you to use renewable energy like wind or solar to power a facility that creates a liquid fuel that can be used for transportation. You still produce CO2 when you eventually burn that methanol in your car, of course, but the lifecycle production of CO2 would probably be less than it is with conventional fuels.

I haven’t kept up with the details of this lately, so I don’t know what Olah means when he talks about “recent developments” in chemistry. Does he mean stuff that’s been in the pipeline over the past decade, or something that’s genuinely new over the past year or two? I’m not sure. I’d be interested in reading a response from a neutral expert, though.

And why did this appear on the Wall Street Journal op-ed page, not a place that’s famous for its concern over climate change? Because Olah and Cox are arguing that for methanol to compete in the marketplace, we need to stop subsidizing ethanol unfairly. I’m all for that, and I guess the Journal is too. I’m also on the lookout for anything non-shutdown related to write about. Any port in a storm.