Rep. Mark Meadows (R–NC) was the author of a House pledge to vote against any Continuing Resolution that didn’t defund Obamacare. Dave Weigel caught up to him and asked if he planned to write another letter when the current CR runs out:

“We’re not going to need to because the president has said he’s willing to negotiate when there’s not a gun to his head,” said Meadows. “We’ll fix all the problems between now and then. I’m gonna hold him to his word—his word was that he was willing 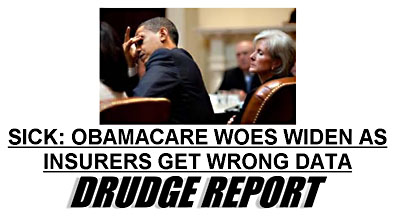 to negotiate now, and that’s what we all expect.” Obviously Meadows could change his mind in a few months, but I was struck how pragmatic he wanted to sound.

Hmmm. I’m pretty sure that Obama didn’t mean he was willing to negotiate about defunding his signature health care bill once the gun was lowered, so I wouldn’t count on anything along those lines. I’d say that ordinary budget negotiations are more along the lines of what he had in mind.

Which is too bad. There are actually details of Obamacare that I suspect Obama and his allies really would like to fix, and they might be able to give Republicans a few things they want in return. But I’m pretty sure that Republicans are still salivating over Obamacare’s imminent collapse once it gets up and running, and are entirely unwilling to do anything that might actually make it function more smoothly. So that’s probably out.

And on a related subject, remember how we all figured that once the budget shutdown was over, conservative sites would finally be freed to start banging away on the problems with the Obamacare website? Well, over at The Corner, seven of the top dozen posts right now are about exactly that. It’s the top story on Drudge. It’s at the top of the blog feed at the Weekly Standard. I count seven Obamacare stories on the front page at Fox News. Red State has two. Etc. This is what it would have been like 24/7 for the past two weeks if Ted Cruz and his merry band of own-goalers hadn’t hijacked the national conversation and made people actually start to feel kind of sorry for Obamacare.