Netflix has developed an awesomely sophisticated stockpile of data about what kind of movies people want to watch. This sounds like a huge advantage for them—and it is—but Felix Salmon argues that it’s also a sign of weakness. Netflix has to mine this information because its streaming service has such a paltry collection of titles:

If you give Netflix a list of all the movies you want to watch, the proportion available for streaming is going to be so embarrassingly low that the company decided not to even give you that option any more….So Netflix has been forced to attempt a distant second-best: scouring its own limited library 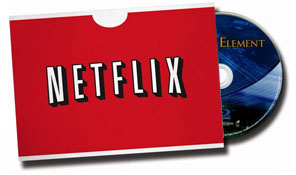 for the films it thinks you’ll like, rather than simply looking for the specific movies which it knows (because you told it) that you definitely want to watch. This, from a consumer perspective, is not an improvement.

I figure there are two basic kinds of customers here. The first has specific movies she wants to watch, and tries to find them. The second just wants to watch something decent, and will browse around looking for something that fits the bill. I gave up on Netflix streaming years ago because I’m the first kind of person, and I almost always came up blank when I searched for something specific. Netflix, as Salmon says, has pretty much gone all-in on the second type:

The original Netflix prediction algorithm — the one which guessed how much you’d like a movie based on your ratings of other movies — was an amazing piece of computer technology, precisely because it managed to find things you didn’t know that you’d love. More than once I would order a movie based on a high predicted rating, and despite the fact that I would never normally think to watch it — and every time it turned out to be great. The next generation of Netflix personalization, by contrast, ratchets the sophistication down a few dozen notches: at this point, it’s just saying “well, you watched one of these Period Pieces About Royalty Based on Real Life, here’s a bunch more”.

Yep. What I wonder is what happens when Netflix eventually drops the disc-by-mail service that gave it its start. That’s inevitable, isn’t it? And when it happens, it will mean there’s really no place left to find a large selection of older movies to watch. The old brick-and-mortar stores will be gone, driven out of business by Netflix, and thanks to licensing wars, no streaming service will be available with a broad selection. People like me will actually be worse off than we were a decade ago.

Eventually that will change. I hope. But in the meantime, it’s slim pickings.