I have sneaking admiration for the conservative movement. Collectively, they have a power of imagination that would make them millionaires if they ever decided to compete with Stephen King and Dan Brown.

The latest example requires a bit of background. The FCC, as you may know, is required by law to be concerned about community needs and whether broadcasters are meeting them. They don’t actually care about this as much as they used to, but the law’s the law, and they still care. So two years ago, while they were prepping their “Section 257 Report” to Congress, they commissioned USC’s Annenberg School for Communication and Journalism 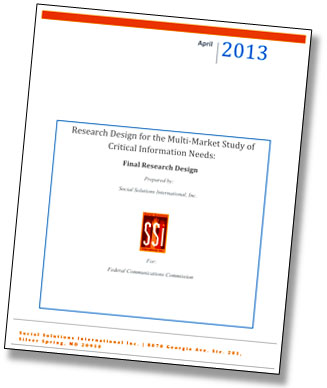 to produce a literature review of existing research about “the critical information needs of the American public and the barriers to participation in the communications industry that might limit the extent to which critical needs are met.”

Wait! Don’t fall asleep yet. It gets better.

Anyway, this is every bit as much of a snooze fest as it sounds like, and no one cared at the time. Nonetheless, the good folks at USC duly convened a “a multi-disciplinary team of communication experts, journalists, legal scholars, and social scientists” and produced the requested review. Again, nobody cared. In September 2012, the FCC took the next step, contracting with Social Sciences International to “design a research model that would provide the Commission with a tool for understanding access to and barriers in providing critical information needs in diverse American communities.” Yet again, no one cared.

Dammit! I can see you falling asleep again. Buck up, folks!

In April 2013, the consultants at SSI proceeded to produce a jargon-filled, mind-numbingly boring 78-page proposal that included surveys to (a) assess the “Critical Information Needs” of the American public, and (b) assess whether our nation’s local broadcasters were meeting these needs. Among other things, this project would include interviews with a few news directors, general managers, and so forth, asking them probing questions like “What is the news philosophy of the station?” and “Who decides which stories are covered?” They also proposed to ask HR managers about the demographic makeup of each station’s staff.

Once again—you guessed it—no one cared. Public comments were officially solicited, and eight sleepy months later Republicans on the House Communications and Technology subcommittee sent the FCC a letter protesting the study. Beyond that, no one cared. SSI had actually planned to have the study finished by then anyway, but their schedule was contingent on receiving “expedited approval,” which apparently they didn’t get. That’s unfortunate for them, because a few days ago, after two years of not caring, some bright spark in the conservative movement suddenly decided to care. This project, which could mostly be faulted for almost certainly being doomed to produce nothing of real value, was suddenly a threat to the Republic.

It all started last week, when Ajit Pai, a Republican FCC commissioner, wrote an op-ed in the Wall Street Journal warning that the SSI study was tantamount to reinstating the Fairness Doctrine, a right-wing bugaboo of long standing. For several days, this still didn’t catch anyone’s attention, even though Pai had provided the ammunition.1 Then it exploded. A pair of Republican congressmen warned that any attempt to revive the Fairness Doctrine, “through study or any other means, should not be attempted by the FCC or any other government agency.” The professional right jumped in immediately. “Now we see the heavy hand of the Obama administration poised to interfere with the First Amendment rights of journalists,” thundered Jay Sekulow of the American Center for Law and Justice, which circulated an online petition demanding an end to President Obama’s plan to “put monitors in the newsrooms of every major media outlet in the country.”

Monitors in the newsroom! And that was that. Starting Wednesday, this assault on the First Amendment from the Oppressor-in-Chief has been on a 24/7 loop at Fox News. It’s the latest example of Obama the tyrant, desperately trying to shut down conservative voices in the media.

Amazing, isn’t it? Thus my sneaking admiration. In a million years, I would never have read the SSI proposal and done anything but yawn. If I’d been feeling really energetic, I might have been annoyed that my tax dollars were being spent on a pro forma project that, frankly, even the SSI folks seemed to be phoning in. But a threat to the First Amendment? I just never would have dreamed that up.

But that’s why I’m not Stephen King. No imagination. Movement conservatives, on the other hand, find stuff like this all the time. How do they do it?

1This is actually kind of mysterious. Pai’s op-ed hit all the right hot buttons, but Fox News didn’t take the bait. Even with an FCC commissioner laying out the whole thing, they apparently didn’t see anything there to drive the outrage machine. Then, a few days ago, someone turned this into “federal agents in the newsroom” and everyone went crazy. But who did this? Which organization was responsible for this stroke of genius?