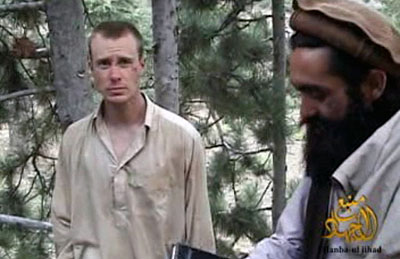 Does the Bowe Bergdahl outrage on the right have legs? Yesterday I didn’t think so. Today I’m not so sure. We’ll see.

I want to steer clear of the fever swamp stuff for now,1 but one aspect of all this prompts me to finally get around to writing something that’s been on my mind for a while. One of the questions surrounding the Bergdahl prisoner swap is whether President Obama broke the law by releasing five Taliban prisoners from Guantanamo without giving Congress its required 30-day notice. Republicans says it’s a clear violation of the law. Obama says the law is an unconstitutional infringement of his Article II authority as commander-in-chief. Who’s right?

Here’s the thing: these kinds of disputes happen all the time in various contexts. Federal and state agencies take various actions and then go to court to defend them. Sometimes they win, sometimes they lose. It’s pretty routine stuff.

And that’s what should happen here. Congressional Republicans should challenge Obama in court and get a ruling. This would be useful for a couple of reasons. First, it would be a sign of whether Republican outrage is serious. If it is, they’ll file suit. If they don’t file, then we’ll all know that it’s just partisan preening. Second, we’d get a ruling. The scope of the president’s authority would become clear. (Or at least clearer.)

But this doesn’t happen very often. Sometime problems with standing are at issue, but not usually. Congress has standing to challenge this. No, the more usual reason is that it’s hopeless. Courts traditionally treat disputes between the president and Congress as political, and decline to weigh in.

This is fine if a dispute truly is political. But this, like many other so-called political disputes, isn’t. It’s a clear question of how far the president’s commander-in-chief authority extends and what authority Congress has to limit it. If Republicans truly believe Obama violated the law, they should be willing to go to court to prove it. And courts should be willing to hand down a ruling. It’s a mistake to simply wash their hands of these kinds of things.