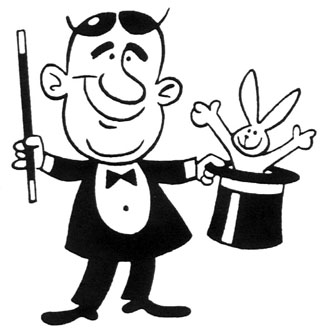 Paul Krugman writes today about what’s the matter with Kansas:

Two years ago Kansas embarked on a remarkable fiscal experiment: It sharply slashed income taxes without any clear idea of what would replace the lost revenue. Sam Brownback, the governor, proposed the legislation — in percentage terms, the largest tax cut in one year any state has ever enacted — in close consultation with the economist Arthur Laffer. And Mr. Brownback predicted that the cuts would jump-start an economic boom — “Look out, Texas,” he proclaimed.

But Kansas isn’t booming — in fact, its economy is lagging both neighboring states and America as a whole. Meanwhile, the state’s budget has plunged deep into deficit, provoking a Moody’s downgrade of its debt.

There’s an important lesson here — but it’s not what you think.

As Krugman goes on to say, the lesson is not that supply-side tax cuts don’t supercharge the economy. We already knew that. The lesson is that this was never really about supply-side theories in the first place: “Faith in tax-cut magic isn’t about evidence; it’s about finding reasons to give powerful interests what they want.”

This is true. Corporations and rich people want low taxes, but even in post-Reagan America they’re a bit reluctant to just come out and say that the reason they want lower taxes is because they want to keep more of their money. As near as I can tell, they aren’t reticent about this because it embarrasses them, they’re reticent because they understand that it’s wildly unpersuasive to anyone who’s not rich. So they need some plausibly altruistic excuse for supporting tax cuts on themselves. Enter supply-side economics.

Still, we’re all capable of astonishing feats of convincing ourselves of things that we want to believe. So here’s what I wonder: do today’s rich really believe this stuff anymore? The fact is that it really was a plausible theory in the early 80s, when it was being applied to income tax rates of 70 percent. Today, when it’s being applied to federal rates of under 40 percent and state rates of well under 10 percent, there’s not even the slightest hint of plausibility. It’s as close to a completely bankrupt theory as it’s possible to have in a field like economics.

And yet, most of them must still believe it, right? The alternative is that we have a large class of people who are consciously lying about all this and don’t feel a twinge of remorse. It’s nice to think about your ideological opponents that way, but aside from the occasional sociopath here and there, that’s really not the way most people operate. That want lower taxes, and they also want to believe that they themselves are good people. So they continue to believe in a theory that’s been about as conclusively disproven as phlogiston.

But how? It’s easy: you just cherry pick your evidence. Look at Texas! Low taxes and great growth. Look at California! High taxes and lousy growth. (And pay no attention when those trends reverse course.) As for Kansas, eventually they’ll slash spending on the poor enough to balance their budget, and eventually their economy will recover. Economies always do. And then, it will be: See? We told you that tax cuts would supercharge the economy!