Why are so many people obsessed with “hard money”? Why the endless hysterics about the prospect of inflation getting higher than 2 percent? Paul Krugman, like many others, thinks it’s 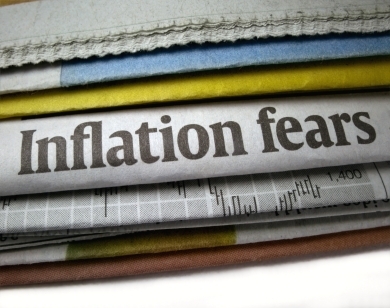 basically a class issue. If you have a lot of debt, inflation is a good thing because it lowers the real value of your debt. But if you’re rich and you have lots of assets, the opposite is true. Here’s Krugman using data from the Census Bureau’s SIPP database:

Only the top end have more financial assets (as opposed to real assets like housing) than they have nominal debt; so they’re much more likely to be hurt by mild inflation and be helped by deflation than the rest.

Now, it’s true that some of these financial assets are stocks, which are claims on real assets. If we only look at interest-bearing assets, even the top group has more liabilities than assets.

But the SIPP top isn’t very high; in 2007 you needed a net worth of more than $8 million just to be in the top 1 percent. And since the ratio of interest-bearing assets to debt is clearly rising with wealth, we can be sure that the truly wealthy are indeed in the category where they have more to lose than to gain by a rise in the price level.

It is true that the rich do have more nominal assets than liabilities….But it is also true that America’s rich have a lot of real assets whose value depends on a strong and growing economy.

I find it implausible to claim that the net gain is positive when we net out the (slight) real gain to the rich from lower inflation with the (large) real loss to rich from lower capital utilization. It’s not a material interest in low inflation that we are dealing with here…

I don’t think I buy Krugman’s claim either. He’s basically saying that hard money hysteria is driven by the material interests of the top 0.1 percent, but even if you grant them the clout to get the entire country on their side, do the super rich really love low inflation in the first place? Do they own a lot of long-term, fixed-interest assets that decline in value when inflation increases? Fifty years ago, sure. But today? Not so much. This is precisely the group with the most sophisticated investment strategies, highly diversified and hedged against things like simple inflation risks.

So what’s the deal? I’d guess that it’s a few things. First, the sad truth is that virtually no one believes that high inflation helps economic growth when the economy is weak. I believe it. Krugman believes it. DeLong believes it. But among those who don’t follow the minutiae of economic research—i.e., nearly everyone—it sounds crazy. That goes for the top 0.1 percent as well as it does for everyone else. If they truly believed that higher inflation would get the economy roaring again, they might support it. (Might!) But they don’t.

Second, there’s the legitimate fear of accelerating inflation once you let your foot off the brake. This fear isn’t very legitimate, since if there’s one thing the Fed knows how to do, it’s stomp on inflation if it gets out of control. Nonetheless, there are plenty of people with a defensible belief that a credible commitment to low inflation does more good than harm in the long run. After all, stomping on inflation is pretty painful.

Third, there’s the very sensible fear among the middle class that high inflation is just a sneaky way to erode real wages. This is sensible because it’s true. There are several avenues by which higher inflation helps weak economies that are trapped at the zero bound, and one of them is by allowing wages to stealthily decline until employment reaches a new equilibrium. I think that lots of people understand this instinctively.

Fourth, there’s fear of the 70s, which apparently won’t go away until everyone who was alive during the 70s is dead. Which is going to be a while.

It’s worth noting that hard money convictions are the norm virtually everywhere in the developed world, even in places that are a lot more egalitarian than the United States. Inflationary fears may be irrational, especially under our current economic conditions, but ancient fears are hard to deal with. As it happens, the erosion of assets during the 70s was unique to the conditions of the 70s, which included a lot more than just a few years of high inflation. But inflation is what people remember, so inflation is still what they fear.

Bottom line: Even among non-hysterics, I’d say that hardly anyone really, truly believes in their hearts that high inflation would be good for economic growth. It’s the kind of thing that you have to convince yourself of by sheer mental effort, and even at that you’re probably still a little wobbly about the whole idea. It just seems so crazy. Until that changes, fear of inflation isn’t going anywhere.