When provinces propose a split with the mother country, they usually insist that they’ll continue to use the old currency. This is odd on its face since having your own money is usually considered one of the key attributes of a sovereign state. So what’s the 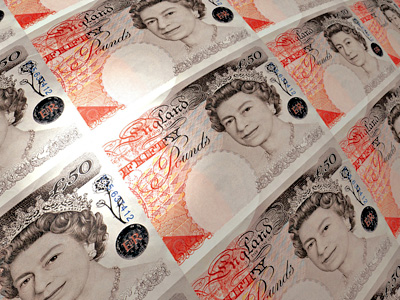 Facilitating trade and capital movements is only one part of the story. Another, I think, is political and emotional. Forming a new country is fraught with risk. For savers, in particular the elderly, one risk looms especially large: that one’s retirement savings are suddenly redenominated in a new currency whose value is then inflated away. In both Quebec and Scotland, independence is mostly a movement of the left, and a separate currency would create the ever-present temptation to use the printing press to accommodate fiscal expansion and industrial policy. By promising to keep the old currency, separatists are reassuring savers that they will not succumb to the temptation of inflation.

I wonder if this is true? I hope it’s not. I don’t have a strong opinion about Scottish independence, but I do have a strong opinion about this. Here it is: if you favor independence, but only if Scotland holds onto the British pound, you’re an idiot. If you don’t trust a Scottish government to run its own monetary policy, then you don’t trust a Scottish government. Period.

There are other arguments for currency union, of course, but I don’t think they add up to much. Nor do I truly believe them. They mostly seem like post hoc rationalizations to provide people with a more palatable reason for keeping the British pound than fear of a reckless Scottish monetary authority. Generally speaking, the history of currency unions is simply too fraught for anyone who’s paying attention to really think it’s a good idea. And as Ip points out, they rarely last very long anyway.

An independent Scotland should have its own currency and its own monetary policy. If this makes you nervous, then the whole idea of independence should make you nervous.