Melissa Dahl points us to a Reddit conversation with Dan Ariely, a Duke professor who’s an expert on time management:

Ariely: One of the saddest mistakes in time management is the propensity of people to spend the two most productive hours of their day on things that don’t require high cognitive capacity (like social media). If we could salvage those precious hours, most of us 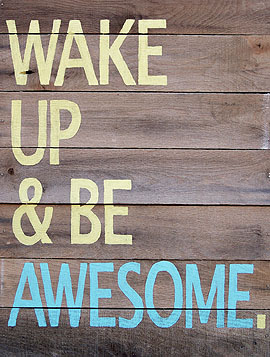 would be much more successful in accomplishing what we truly want.

Q: What are those hours? I must know.

Ariely: Generally people are most productive in the morning. The two hours after becoming fully awake are likely to be the best.

That’s a hell of a thing, isn’t it? If Ariely is right, then almost by definition most of us waste the best hours of our lives. After all, by the time we eat breakfast, shower, get dressed, and commute to work, we’ve probably blown away the first 60-90 minutes of the day. And then, as Ariely says, we waste the next half hour chatting or checking email or working at some other low-priority task.

But not me! Mostly for time zone reasons, my habit for a while has been to wake up and come straight to the computer. After I get caught up on the news and write my first post, I eat a quick breakfast. Then I come back and keep blogging. My first two hours are consumed almost entirely by work.

So does that mean that my first two or three posts of the day are generally my best ones? I’ve never thought so. In fact, they’re usually fairly short items. Later, as I engage more fully with the news of the day and the reactions of other bloggers, I start to write more substantive stuff. That’s how it’s always seemed, anyway. But maybe I’m wrong. What says the hive mind?

In any case, I have a doctor’s appointment this morning (chemo round 4, only 12 to go!), so I shall sadly be wasting my most productive hours. On the bright side, the medical staff will presumably be at its peak. That’s not a bad tradeoff, I guess. See you on the other side.