Brian Beutler writes today about the enormous amount of attention we’ve paid to the cromnibus spending bill this week:

Until the country came to be governed by serial brinksmanship, the writing and passage of annual spending bills weren’t huge stories in American politics, and you had to be unusually attuned to both the content and the process to understand the political currents underlying both. When problems arose, there was always the palliative of earmarks to smooth things over.

But the narrow passage Thursday night of a big spending bill in the House of Representatives brought everything to the surface, even 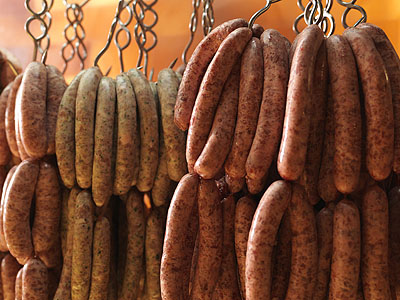 though the risk of a government shutdown was near zero.

I think that’s only part of the story. It’s true that as recently as a decade ago, spending bills didn’t have a big audience. Genuine insiders—aides, lobbyists, single-issue activists—paid attention to the minutiae, but most of us didn’t. More to the point, most of us couldn’t. Even if you were the kind of person who read TNR and National Review and Roll Call religiously, you just weren’t going to be exposed to that much coverage.

This wasn’t because budgets were more boring back then. Or because the political shenanigans were less egregious. It’s because print publications didn’t devote very much space to them. You’d get the basics, but that was it. And given the limitations of print production schedules, the drama of watching deals rise and fall on a daily or hourly basis simply wasn’t possible in real time.

But the often maligned rise of blogs and Twitter, along with their new media offshoots, has created a whole new world. Over at Vox, for example, they ran nine pieces about the spending bill just yesterday. If you follow the right people, Twitter will keep you literally up to minute on even the smallest issues. Dozens of blogs will explain the policy implications of obscure provisions. Politico will flood the zone with pieces about conflicts and personalities as the fight unfolds.

By normal standards, the spending bill the House passed yesterday was fairly routine. But digital media turned it into High Noon and we all played along. We pretended that this was something uniquely shameless, when it wasn’t. The sausage has always been made this way. The only difference is that now we all have box seats on the factory floor.