President Obama recently advanced two proposals designed to help the middle class—part of a middle-class agenda that’s recently become something of a liberal rallying cry for the 2016 election. The first proposal was a mortgage plan available to anyone who bought a home. The second was a college tuition plan that would have helped middle-income workers with money saved by eliminating 529 college savings plans.

The mortgage plan has met with considerable enthusiasm. The tuition plan, by contrast, flamed out within days and has already been 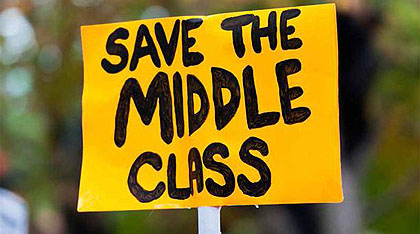 While both of these proposals ostensibly targeted the middle class, the mortgage plan was lauded because its financial relief applies to all homeowners, regardless of how much they earned. The 529 proposal, by contrast, was doomed because of a fatal flaw: it actually tried to provide relief for just the middle class, carving it out by income.

The success of one and not the other was actually quite predictable. The mortgage proposal, though modest, was welcomed because it was designed to make it easier and cheaper for families to buy homes. Republicans, Democrats, Americans and the financial entities that benefit all agree that any plan that increases homeownership rates is good, even if most of the benefits go to higher-income households and barely reach the middle class.

….The same is true with 529 plans….Fewer than 3 percent of families save for college using 529 plans, according to Federal Reserve data….Since it’s the richest who have the largest accounts, most of the benefits of the tax break go to them. While the average account has about $20,000 in it, the accounts of the top 5 percent average more than $106,000.

As Dickerson says, the problem here is that the American definition of “middle class” is so broad. We basically have the poor on one end and the 1 percent on the other, and everyone in between considers themselves middle class. So if you say your program helps the middle class, it needs to help virtually everyone—including lots of people who make an awful lot of money. It’s a good bet that virtually all of those folks with $106,000 in their 529 accounts think of themselves as middle class even if they earn well more than six-figure incomes.

Needless to say, this makes “middle class” programs really expensive. In practice, they have to be effectively universal, and since benefits often scale with income (as with tax deductions and savings plans), including the top 5 percent of the income ladder in these programs balloons their price tag by a whole lot more than 5 percent.

There are answers to this. You can offer tax credits rather than tax deductions. You can cap savings programs. But if you do very much of this, you effectively eliminate benefits for the well off and you lose their support. And as plenty of research has shown, it’s the well off who really have political clout. This means you have to buy them off if you want to do something for the middle class, and that makes “middle class programs” a lot pricier than you’d think. It’s something that any liberal agenda to help the middle class is going to have to figure out.