I understand why net neutrality is a big deal for internet service providers, who oppose any new rules that restrict what they can do and how much they can charge. Ditto for content companies like Google, who support net neutrality because they don’t want to be extorted by ISPs for access to high-speed pipes. Ditto again for activists who believe internet access should be on a level playing field for everyone.

But it’s also become a bête noire of the tea party crowd, and it’s a lot less clear to me why these folks care. But maybe I’m overthinking it. Perhaps they oppose net neutrality 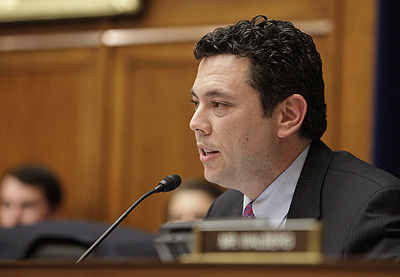 simply because President Obama supports it. Here’s the latest evidence on this score:

….Chaffetz said in a letter dated Friday that he was investigating reports indicating “views expressed by the White House potentially had an improper influence” on development of Wheeler’s proposal. He cited a Wall Street Journal article last week that reported that two White House aides led a “secretive effort” to build support from outside groups for tough net-neutrality regulations.

Chaffetz must really be desperate. Does he seriously think that the president of the United States isn’t allowed to try to mobilize outside support for his policy proposals? Or even that the White House isn’t allowed to lobby FCC commissioners? That’s just crackers.

But Chaffetz is a certified up-and-comer in the Republican ranks, and I guess that means he has to make sure his tea party bona fides never get rusty from disuse. This time, though, he’s really digging through the bottom of the barrel. Unless he wants to join up with the crazytown contingent for good—something he’s managed to avoid so far—he should think twice about dumb theatrics like this. He’s better off when he keeps at least one foot planted in realityville.