Here’s a fascinating little anecdote about lead and crime from a recent paper by Rick Nevin. It shouldn’t be taken as proof of anything, but it’s certainly an intriguing little historical tidbit about the association between lead exposure and increases in crime rates.

Here’s the background. Homicides increased dramatically between 1900-11, but most of that appears to be the result of increased rural homicides, not urban homicides. If lead exposure is part of the reason, it would mean that rural areas were exposed to increasing 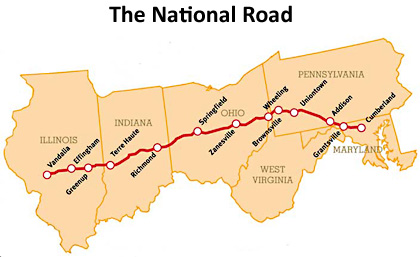 levels of lead about 20 years earlier, around 1880 or so. But why? Nevin suggests that the answer to this question starts with another question: Why are barns red?

Professional painters in the 1800s prepared house paint by mixing linseed oil with white lead paste. About 90% of Americans lived in rural areas in the mid-1800s, and subsistence farmers could make linseed (flaxseed) oil, but few had access to white lead, so they mixed linseed oil with red rust to kill fungi that trapped moisture and increased wood decay. Red barns are still a tradition in most USA farming regions but white barns are the norm along the path of the old National Road. Why?

….The reason the red barn tradition never took root along that path is likely because the National Road made freight, including white lead, accessible to nearby farmers. USA lead output was a relatively stable 1000 to 2000 tons per year from 1801-1825, but lead output was 15,000 to 30,000 tons per year from the mid-1830s through the mid-1860s after the completion of the National Road.

….The first American patent for “ready-mixed” paint was filed in 1867; railroads built almost 120,000 track miles from 1850 to 1900; and Sears Roebuck and other mail-order catalogs combined volume buying, railroad transport, and rural free parcel post delivery to provide economical rural access to a wide variety of products in the 1890s.

In short, lead paint simply wasn’t available in most rural areas before the 1880s except in very narrow corridors with good transportation. You can see this in the prevalence of white barns along the National Road. Then, starting in the 1880s, revolutions in both rail transport and mail order distribution made economical lead paint available almost everywhere—including rural areas. A couple of decades later, homicide rates had skyrocketed in rural areas and had nearly caught up to urban murder rates.

By itself, of course, this would be merely speculative. What makes it more than this is that it adds to the wealth of other evidence that lead exposure in childhood leads to increased violence in adulthood. In the post-World War II era, lead exposure came mainly from automobile exhausts, but in the post-Civil War era it came mainly from the growth in the use of lead paint. And when lead paint became available in rural areas, farmers found it just as useful as everyone else. Given what we now know about the effects of lead, it should come as no surprise that a couple of decades later the murder rate in rural areas went up substantially.

There’s much more in the full paper, including another question: why did murder rates in St. Louis increase 10-fold from 1910 to 1916? Can you guess the answer? I’ll bet you can.