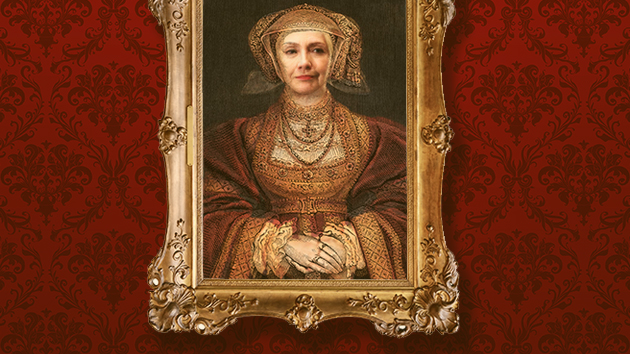 While Kevin Drum is focused on getting better, we’ve invited some of the remarkable writers and thinkers who have traded links and ideas with him from Blogosphere 1.0 to this day to contribute posts and keep the conversation going. Today we’re honored to present a post from New York magazine’s Jonathan Chait, whose writing on politics has been published by the New Republic, the American Prospect, and the Los Angeles Times.

Barack Obama was raised by a financially struggling single mother, and Mitt Romney was the son of an auto executive turned governor who grew up to be a gazillionaire in the financial industry. This made biographical populism an unfruitful subject for the right in 2012. But circumstances have changed a bit. Hillary Clinton and her husband have grown extremely rich in their post–White House years, and the Republican Party is cultivating at least a couple of potential candidates, like Scott Walker and Marco Rubio, who boast of their modest backgrounds. Republicans are licking their lips for a year and a half of Hillary-as–Leona Helmsley, flying around in private jets, luxuriating in wealth, and disingenuously pretending to care about the struggles of average Americans. There is, however, one wee problem in the Republican populist plot. That is the policy agenda.

Conservative writer Jay Cost is already looking ahead to this problem, which he presents as a kind of dodge. After flaying Clinton for her wealth, he fumes, “Really, the only claim Clinton can make to understanding the travails of everyday Americans is her party’s platform,” writes Cost, “Endorsement of that document is a kind of sacrament that bestows the power of empathy upon every Democratic pol. This is perhaps the most absurd premise of the Clinton candidacy.”

This is a strange and revealing passage. He argues that Clinton is a tool of the rich, and the only possible fact undermining this otherwise obvious reality is her party’s platform, i.e., the stuff she would do as president. This is an “absurd” premise upon which to cast her as a populist if you think of elections as a soap opera drama between two individuals. It makes a lot of sense if you think about the presidency as a vehicle to change public policy.

And the cardinal fact of the modern political age is that the two parties are primarily fighting over redistribution. Democrats want the government to tax the rich at higher levels and spend more to support the poor, and Republicans want the opposite. The major political fights of the last three decades, from the Reagan tax cuts to the Clinton tax hikes to Clintoncare to the Bush tax cuts to Obamacare to the Ryan budget, have all been centered on the redistributionary principle.

And yet some conservatives don’t want the Republican Party to invest its political capital so heavily in this fight. Maybe they don’t care that much about overtaxing the rich. Or maybe they believe, accurately, that the political price of having to defend tax cuts for the 1 percent crowds out policies that appeal to the 99 percent, who have a lot more votes.

One of the distinctive qualities of this group of populist conservatives is that they seem unable to distinguish between the hope that the Republican Party will adopt their policy vision and the belief that it already has. They have a habit of invoking the GOP they wish existed as though it were the real thing.

Cost falls into this category. In the same piece, he describes a different kind of political debate, one which pits the Republicans against the economic elite, rather than on its side. He describes this alternative debate is if it were the real one:

The GOP ostensibly stands for smaller, more efficient government—but it allows the Democrats to define just what sort of government we are talking about. The debate always seems to be about Medicare and Medicaid, food stamps and unemployment insurance, Pell grants and Head Start. In other words, by the very terms of the conversation, big government works for the benefit of the downtrodden. Even as they defend big government, the Democrats identify themselves as the champions of the downtrodden and the GOP as their hardhearted assailants.

But what about corporate tax payouts? Or farm subsidies for the largest agribusinesses?

The debate “seems” to be about Medicare, Medicaid, food stamps, unemployment insurance, Pell grants, and Head Start because the Republican platform is to slash those programs deeply. Those are not things Democrats have defined as the “sort of government we are talking about.” Those are programs Republicans have decided to make the focal point of their economic program (along with deep cuts in taxes for the highest earning Americans, a point Cost is too embarrassed to raise in this context).

What about corporate tax payouts and subsidies for the largest agribusinesses? Well, that would be a great debate for our hypothetical populist Republicans. The actual Republicans defend corporate tax loopholes. They will sometimes invoke them in general, as an argument for a generalized reform that lowers tax rates, but when faced with proposals to eliminate even completely egregious corporate loopholes (like the faster depreciations rate for private jets), they refuse. When Dave Camp went off the reservation before his retirement and designed a tax reform that did not give rich people a huge tax cut, his party abandoned him en masse and never mentioned his plan again.

Farm subsidies are an issue that somewhat divides the parties, since rural members tend to support them regardless of their affiliation. Neither party will forthrightly eliminate them altogether, which is the position I’d favor. But the actual political divide in Washington confounds Cost’s idealized one. It is the Obama administration that wants to reduce agriculture subsidies, and House Republicans fighting to keep them at a higher level.

So, “what about corporate tax payouts? Or farm subsidies for the largest agribusinesses”? Well, those issues underscore the same conclusion as the issues Cost doesn’t want to talk about. It would be wonderful if Republicans stopped being a party whose most despised spending programs benefit the poor and whose most acceptable spending programs benefit the middle class or even the affluent. It would likewise be nice if the Republican Party wasn’t most determined to reduce (or, if possible, eliminate) the taxes paid most heavily by the rich, while also being most willing to raise the taxes heavily paid by the poor. The world would be a much better place. It is not, however, the world we inhabit.