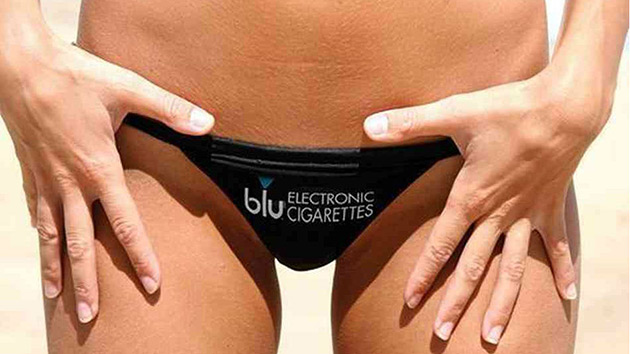 You thought Big Tobacco was on the wane in the United States?

In fact, the domestic tobacco industry is on the rebound thanks to its heavy investment in smoking “alternatives”—a.k.a. e-cigarettes, nicotine-delivery devices marketed in a variety of kid-friendly flavors. (The federal government banned the marketing of flavored tobacco cigarettes back in 2009.)

Kevin had a post on Thursday about the soaring numbers of kids who’ve tried e-cigs. On Friday the Centers for Disease Control and Prevention officially announced the results of a new CDC study in the journal Nicotine and Tobacco Control.

From 2011 to 2013, the researchers reported, the number of middle- and high-school students using e-cigs tripled. In 2013, more than 250,000 kids who had never smoked tobacco reported using e-cigarettes, and 44 percent of those kids said they had “intentions” of trying regular cigarettes in the next year. (About 1 in 5 American adults currently smoke.) Not surprisingly, kids who had more exposure to tobacco advertising were more likely to say they intended to try smoking.

The one group you won’t hear the smoking cessation argument from is e-cig manufacturers. That, ironically, is because products that are intended to help people quit tobacco products are regulated far more strictly than the tobacco products themselves. The same goes for drug-delivery devices—which is why manufacturers fought very hard to make certain the FDA didn’t classify e-cigarettes as such.

Not that the it didn’t try. The FDA did initially seek to regulate e-cigs as drug-delivery devices. (For what else could they be?) But the manufacturers promptly sued, and were handed a huge win. Judges agreed with the industry’s argument that, under the 2009 Family Smoking Prevention and Tobacco Control Act, any product that contains nicotine derived from tobacco and makes no therapeutic claims may be be regulated as a tobacco product—which makes it, presto, not a drug delivery device.

Just think about how crazy this is: Nicotine is highly addictive. At low doses it’s a stimulant, at higher doses a serious poison. (The tobacco plant and other nightshades actually produce it as an insecticide, and it’s sold for that use, too, with a stringent warning label.) If nicotine were marketed as medicine, you couldn’t just buy it at the corner store in a dozen alluring flavors. Yet because the manufacturers make no medical claims, they can do what they want. Never mind that the 2009 law was written before e-cigarettes were widely marketed* in the United States.

Ah, screw it. Just give me the Piña Colada.

*Correction: E-cigs had been invented, but were not then sold by tobacco companies or marketed widely in the United States. Some readers took exception with my use of “tobacco-friendly” to describe the judges who decided the case. They’re right. It wasn’t fair. The tobacco act’s wording gave the vape companies a loophole. Also, nicotine does have some legitimate medical uses. The article has been revised accordingly.