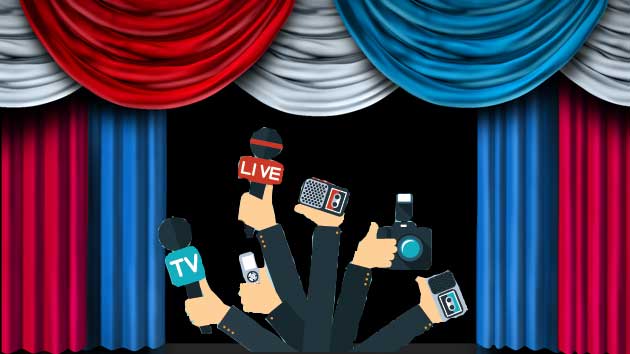 While Kevin Drum is focused on getting better, we’ve invited some of the remarkable writers and thinkers who have traded links and ideas with him from Blogosphere 1.0 to this day to contribute posts and keep the conversation going. Today we’re honored to present a post from BloombergView‘s Jonathan Bernstein, who began his career as political scientist. Since launching his blog in 2009, he’s gone on to write about politics and government for the American Prospect, the Washington Post, and many other outlets.

I write today in defense of the theater criticism style of campaign reporting, which took solid hits from Derek Thompson and (in somewhat different wording) Paul Waldman this week. Thompson puts it this way:

A great deal of political writing these days is indistinguishable from theater criticism: Its chief concerns are storyline, costumes, and the quality of public performances….

To state the obvious: This is a really dumb way to try to cover elections. Theater-critic journalism is certainly not as substantive as policy analysis. It’s also neither as meaty as terrific behind-the-scenes reporting, nor as harmless as anodyne horse-race coverage. It is, rather, personal opinion about a candidate’s authenticity masquerading as nonpartisan analysis of their ability to connect with voters, often detached from any analysis of whether the candidate is really connecting with voters. It is a popular critic, in the orchestra section, writing in the first-person plural.

Sure, there’s some terrible theater criticism stuff out there, and if we retired debates about “authenticity” today, it would be a great victory for common sense.

But the problem isn’t reporting on candidate rhetoric as if it was theater. In many ways, it is theater! General election debates or official declarations of candidacy, for example, mostly do not affect election outcomes or reveal who candidates truly are. But that doesn’t mean they should be ignored.

That’s the case when they use candidate performances to try to figure out who the “real” person underneath the candidate persona might be. In politics, it’s the persona that counts. Politicians, when elected, try to keep their promises. But that includes more than policy promises. It also means that they try to “be” the person they promised to be on the campaign trail—and they’re often punished if they try to deviate from that (so, for example, Barack Obama is punished when he acts as a partisan cheerleader in part because he promised to be a more unifying figure).

It’s also the case in “game changer” journalism, when reporters insist that whatever they are covering is important because it will have a direct effect on election outcomes. The brutal truth is that most campaign events don’t have much to do with winning and losing. But they can still be important because they might affect how the winner will govern. Or they may not be “important” at all, but are still interesting in the way any human interest story can be interesting. If politics is important—and it is—then there’s nothing wrong with wanting to know what it’s like to be at events, or in the back rooms.

Good (regular) theater criticism doesn’t usually focus on what an actor’s choices mean about who he really is; nor does it primarily concern itself with whether a particular bit of staging will turn a show into a hit or a flop. If theater-critic political journalism can avoid those traps, I’m all for it.