Friend of the blog Jay Jaroch recently spent some time in Cuba. Here’s the third of three posts about what he observed while he was there.

One of the nice things about getting out of LA is taking a break from listening to your friends talk about all the television shows they can’t believe you’re not watching. I’m not sure I’ll be accepted back at work until I’ve turned in my term paper on the Mad Men finale. In terms of getting a reprieve, I figured Cuba was as good a place as any.

Little did I know that many Cubans are binge watching the same shows we are. 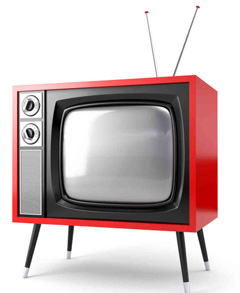 “I watched all seasons of Dexter,” one Havana man told a wide-eyed me. “Now I’m watching The Following. You like The Following?”

Homeland, Game of Thrones, Orange Is the New Black—you name it. They may be a few episodes behind your friends in the states, but not by much. In a country where cable and satellite dishes are banned, and internet service is mostly confined to hotels and about as functional as the dial-up days, Cubans get their favorite shows via something called “the package.” Basically, it’s a cross between Netflix and a drug deal—for a small fee and a handshake, someone will hook you up with a flash drive full of Hollywood.

“You order what you want to see, which season, and a few days later you get the package,” a guide in Havana explained to me. “With Spanish subtitles. A good way to learn English.”

It was technically illegal, but also ubiquitous. And apparently Raul’s government doesn’t care.

“As long as you are not bringing in pornography, they don’t bother you,” the guide said.

(Cuba takes their anti-pornography laws seriously. My surly immigration official asked me only two questions: had I been to any Ebola affected areas, and was I bringing in pornography? One got the sense that you could have just about anything in your bag so long as it wasn’t an old copy of Swank.)

Another option in Havana was to watch TV in one of the better hotels, some of which were equipped with cable for their international clientele. One man I met seemed to be more up on American television than I was, and I work in 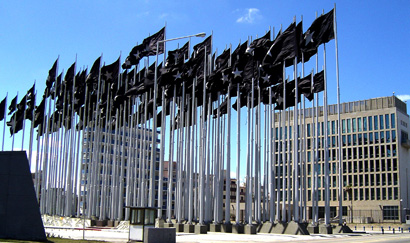 television. I almost wanted to say “Clear eyes, full hearts!” just to see if he’d yell, “Can’t lose!” back at me.

This is new territory, and not for Hollywood—we’re used to having our product stolen and distributed on foreign streets. As recently as a few years ago, getting any sort of American dispatch, much less television, would have been impossible in Cuba. In 2006, at the U.S. Interests Section in Havana (what passes for our embassy) we began broadcasting news and pro-American messages from an electronic ticker we’d installed at the top of the building. In response, Castro’s government erected 140 flagpoles in front of the ticker so Cubans couldn’t see the messages. Now, in 2015, Cubans are freely downloading American Idol, or any of our wonderful shows about pawn shops.

Change is afoot, and there’s certainly more to come. As I sat waiting for my flight out of José Martí Airport, half of the lights in the terminal flickered, and then went out. None of the electronic screens worked, and there was little evidence that they ever had. An announcement came over the loudspeaker telling us that the air conditioning was also out, and that they were working on it. No one seemed surprised at any of this. We all just continued fanning ourselves with our boarding passes.

As my Cubana plane finally arrived at the gate, I noticed an American Airlines plane was landing on the runway. It seemed appropriate. In Cuba, nobody knows what kind of change is on its way. But everyone knows that it’s coming.