Greg Sargent warns Democrats not to get complacent about Obamacare:

House Republicans are still forging ahead with a separate lawsuit against Obama over the law (though it may not be resolved for years). Conservatives like Ted Cruz are still calling for holding spending bills hostage to roll back the ACA. GOP presidential hopefuls Jeb Bush, Marco Rubio, Bobby Jindal, and Cruz are all pledging to keep up the fight to repeal Obamacare — “every single word,” as Cruz puts it.

….Democrats should take continued GOP opposition to Obamacare very seriously. It has serious real-world consequences. As long as states hold out against the Medicaid expansion, it could slow the law’s efforts to realize its goal of expanding coverage. One thing this means is that Democrats should redouble their efforts to regain electoral ground on the level of the states, where future decisions about the Medicaid expansion will be made. 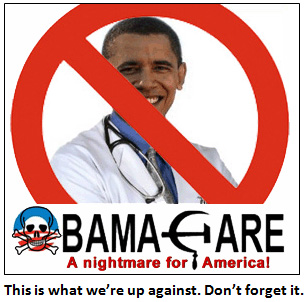 I figured that was it. Once it’s actually helping millions of people, it’s safe. But wait! Then there was another Supreme Court case. But that dropped this week, and Obamacare was once again upheld.

So now Obamacare is finally safe, right? You’d think so, wouldn’t you? But Republicans are obsessed with Obamacare like no other law that’s been passed in decades. It’s kind of scary, the same way it was scary watching the unhinged Captain Ahab stumping around the Pequod. So no, Obamacare is still not safe. Not unless Democrats win at least the White House, and maybe both the White House and the Senate, in 2016. At that point, Republicans will finally have to give up. They’d have no plausible path to repeal, and by 2020 the law would have been in place for seven years; it would be covering upwards of 25 million people; and the health care industry would  be so plugged into Obamacare’s rules that it would literally take years to extricate them if the law was repealed.

It sounds bizarre—not least of all to me, who badly underestimated how long Republicans could stay maniacally fixated on Obamacare—but it won’t truly be safe until and unless Democrats win in 2016. I sure hope Democrats figure this out. If you want to know what we’re up against, use Kevin’s Quick Zeitgeist Test. Type “Obamacare” into Google and then go to image view. Here’s the URL:

Now do a quick count of pro vs. anti Obamacare images in, say, the top 50 results. Not counting neutral photos, I put it at about 10:1 for the haters. These guys aren’t giving up. Those of us who support Obamacare had better show a similar level of passion for keeping it around.