A few days ago I criticized a policy analysis from Stan Greenberg that, among other things, recommended that Democrats run on a commitment to streamlining government. But exactly what concrete proposals would that entail? Today, Mark Schmitt takes a crack at answering:

“Streamlining” government does not have to involve only cutting costs, though that might be a part of it. The tax code, for example, is now as complex for low- and middle-income taxpayers as for the wealthy, littered with credits and deductions, some refundable and some not. Streamlining government could include a strong commitment to making the tax code simpler at the low end and shifting resources 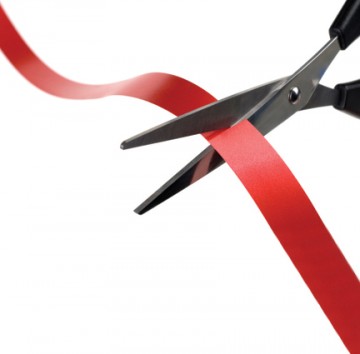 to fight fraud at the top end. It could include, for example, efforts to create a single, simple portal to government services ranging from health insurance under the Affordable Care Act to small business assistance—similar to the “no wrong door” initiatives in several states.

Above all, it should include a positive vision of reform of the political process, and the role of money, that does more than reimpose limits on the political influence of the very wealthy, but empowers citizens as donors and participants. And, the most difficult challenge of all, there has to be an effort to restore to the public face of government, the legislative process, a sense of compromise and shared commitment to the public good, despite deep disagreements.

Simplifying the tax code for the middle class is fine, I suppose, though nearly half the population already files either 1040 EZ or short forms. But that single portal sounds to me like something that’s way, way, way harder than it sounds. Maybe I’m wrong about that. But in order to make a difference, not only does this portal have to be a work of genius, so do all the things it leads to. It doesn’t do any good to make it easy to find Obamacare if it’s still a pain in the ass to sign up for it. Honestly—and I say this from at least a little experience—this is the kind of thing that sounds good until you have to put together the interagency committee to actually create it.

I don’t mean to just pooh pooh other people’s ideas. But I think it’s telling that Schmitt had only two or three proposals, and most of them are either really hard or probably not that effective.

Look: the US government is really big. There’s no way around that. And as every large corporation in the world knows, there’s just a limit to how easy you can make things when a bureaucracy gets really big. There’s no magic wand. That said, here’s what I’d like to see: some detailed polling work that digs below the surface of “streamlining” and asks people just what it is about the government that really burns them up. I suspect (but don’t know!) that you’d discover a few things:

I’m not saying nothing can be done. I just have a suspicion that complaints about the “incompetence” or “red tape” of the federal government are mostly smokescreens for other things. Those other things are laws that people just don’t like, or fees they just don’t want to pay, or stuff they’ve merely heard from friends or the media.

This isn’t to say that streamlining government is a bad idea. It’s not. It’s a good idea! But I want details backed up by actual research, and even then, I suspect there’s less we can do than we think. As a platform for a campaign, I’m even more skeptical. Maybe a proposal to streamline some specific program that lots of people use and lots of people hate would work. But “streamlining government” as a generic pitch? I doubt it—especially for Democrats. It would be like Republicans wanting to “streamline” taxes for the rich. Would you believe them?