Conservatives have a whole laundry list of stuff they’re outraged about: Benghazi, Fast & Furious, Agenda 21, Obamaphones, etc. etc. So what’s the latest from the right wing? Stanley Kurtz tells us:

Conservative opinion has been alive with outrage over AFFH for a month now.

Huh. Never heard of it. But a few minutes of Googling will get me up to speed. Hold on a bit.

OK. So it turns out that the Fair Housing Act of 1968 outlaws most of the obvious forms of housing discrimination, and has done a relatively good job of enforcing discrimination rules since then. However, it also requires the Department of Housing and Urban Development to run its programs in a way 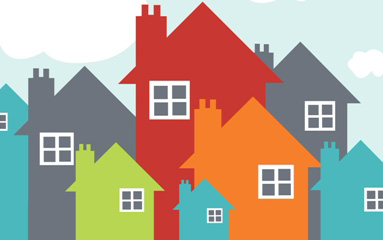 that affirmatively furthers fair housing. That is, if a local community is heavily segregated, it has to affirmatively try to reduce that segregation in order to qualify for HUD funds.

It turns out that HUD hasn’t done much of anything about this particular aspect of the law, and President Obama would like them to start. So a couple of years ago HUD started developing guidelines called, uncreatively, “Affirmatively Furthering Fair Housing.” Last year they released a tool for assessing segregation and fair housing choice that can be used by community planners, and a few days ago they released the final 377-page rule.

That’s the basics. It’s surprisingly hard to get more because Google returns almost exclusively either (a) evaluations of AFFH by civil rights and fair housing groups, or (b) outraged rants from conservative outlets. Ordinary newspapers seem to have little interest (or, as Kurtz puts it, “The mainstream press has been straining to avoid AFFH”).

Obviously I’m not going to pretend to be an instant expert now that I’ve read half a dozen pieces about AFFH, but basically the concrete goals seem to be (1) providing communities with data regarding the racial, ethnic and income distribution of housing in their towns; (2) encouraging and funding affordable housing in prosperous areas; and (3) pressing communities to change zoning rules that promote segregation.

Will it work? Hard to say. HUD’s only tool for enforcing its guidelines is to withhold money for HUD programs if communities don’t comply. However, prosperous communities don’t get much HUD funding in the first place, which means HUD has little leverage in high-income suburbs. They’ll probably be able to almost entirely avoid the long arm of HUD tyranny.

Anyway, that’s that. Mostly I just wanted to let everyone know that this thing called AFFH is the latest outrage among the conservative base. It fits in perfectly with their hysteria over Agenda 21 and their general belief that Obama wants to round up every well-off white person in the country and pack them like sardines into high-rise buildings in big cities. Now you know.