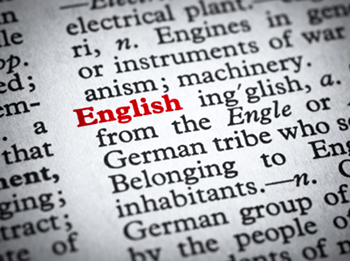 Ed Kilgore on the conservative hostility toward illegal immigration:

This very weekend I was reading an advance copy of an upcoming book that includes the results of some intensive focus group work with what might be called the “angry wing” of the GOP base. The author notes that one thing that simply enrages grass-roots conservatives is the use of non-English languages by immigrants.

Yep. You can read all about it from one of Kilgore’s predecessors, who wrote about it during our last big try at immigration reform in 2006. It’s based on an excellent piece by Chris Hayes, written before he sold out to the bright lights and big paychecks of cable television.

I agree that language is probably the key original driver of anti-immigrant sentiment, though it’s long since inspired further animus based around crime, gangs, social services, and other culture-related issues. The odd thing is that this is one of the few areas where I think the anti-immigrationists have a bit of a point. It’s not a very big point, since (a) Spanish occupies no official role in the United States, and (b) Latin American immigrants all end up speaking English by the second and third generations anyway. Hell, the third-generation Latino who speaks lousy Spanish is practically a cliche.

That said, I’ve long believed that having multiple official languages makes it very hard to sustain a united polity. The Swiss manage, but the whole reason they’re famous for it is because it’s so unusual. Even the Belgians and Canadians have trouble with it, and they’re pretty tolerant people.

Would a congressional declaration that English is the official language of the United States do anything to calm anti-immigrant fervor? At this point, probably not. But if it were written narrowly and carefully, I’d probably support it. I figure that if God considered a single common language such a boon that it threatened his dominion, it must be pretty powerful stuff.