The Daily Beast reports that defense analysts are in revolt over what they see as too much happy talk about ISIS that doesn’t reflect their actual views:

Two senior analysts at CENTCOM signed a written complaint sent to the Defense Department inspector general in July alleging that the reports, some of which were briefed to President Obama, portrayed the terror groups as weaker than the analysts believe they are….That 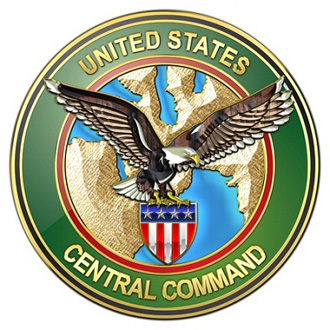 complaint was supported by 50 other analysts, some of whom have complained about politicizing of intelligence reports for months.

….Some of those CENTCOM analysts described the sizeable cadre of protesting analysts as a “revolt” by intelligence professionals who are paid to give their honest assessment, based on facts, and not to be influenced by national-level policy. The analysts have accused senior-level leaders, including the commander in charge of intelligence and his deputy in CENTCOM, of changing their analyses to be more in line with the Obama administration’s public contention that the fight against ISIS and al Qaeda is making progress.

….But the complaint also goes beyond alleged altering of reports and accuses some senior leaders at CENTCOM of creating an unprofessional work environment. One person who knows the contents of the written complaint sent to the inspector general said it used the word “Stalinist” to describe the tone set by officials overseeing CENTCOM’s analysis.

Hmmm. The “Stalinist” jibe sets off some alarm bells. It could mean one of two things: (a) the work climate at CENTCOM is really, really bad, or (b) the senior analysts who filed the complaint are cuckoo. For better or worse, I usually associate accusations of Stalinism with all-upper case rants written by lunatics.

Still, even if one guy is a little over the top, there are 50 more apparently willing to sign on to the general complaint:

Many described a climate in which analysts felt they could not give a candid assessment of the situation in Iraq and Syria. Some felt it was a product of commanders protecting their career advancement by putting the best spin on the war.

….For some, who have served at CENTCOM for more than a decade, scars remained from the run-up to the 2003 war in Iraq, when poorly written intelligence reports suggesting Iraq had weapons of mass destruction, when it did not, formed the basis of the George W. Bush administration’s case for war. “They were frustrated because they didn’t do the right thing then” and speak up about their doubts on Iraq’s weapons program, the defense official told The Daily Beast.

If this turns out to be true, I wonder what’s really going on. My sense is that the Obama administration itself hasn’t been especially inclined to rosy scenarios. The Daily Beast article tried to find examples of sunny public statements from Obama officials and didn’t come up with much. But it’s quite possible that commanders on the ground are loath to admit how poorly things are going, and are insisting that analysts do nothing to muddy the waters.

In any case, now that the scope of these complaints are public, it will be hard for either the administration or CENTCOM to ignore them. Perhaps as a result we’ll finally find out what’s really happening in Iraq.