My blog posts don’t usually provoke a lot of outrage on social media. I’m just not that kind of writer. But today was an exception, when I suggested that lefties should tone down their mockery of calls to limit the number of Syrian refugees admitted to the country. That spurred hundreds of tweets from fellow lefties—some in support, but most of it hostile. Here’s a sampling—and I promise I’m not cherry picking: 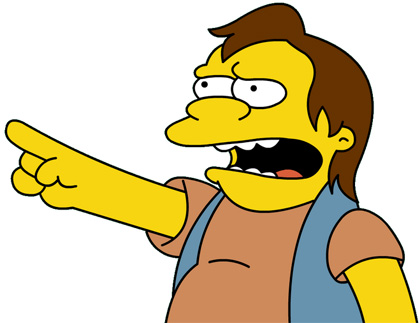 Mockery is a reasonable response to the ridiculous.

It’s the equivalent of the Japanese internment hysteria, it deserves ridicule.

“Syrian terrorists” may be an existential threat, but gun waving rednecks are more likely to shoot me. Mock them? Gimme a break.

This @kdrum article is exactly why people don’t like mealy–mouthed Liberals. This is a moral issue, not a compromised tactic.

Oh, their fears are understandable all right. Xenophobia is widely understood. So is naked racism and Islamophobia.

@kdrum wants us to treat these concerns as if they are good faith security concerns, not racism.

Many “ordinary” voters are racists & know-nothings who do not want to be educated *or* calmed. Listen to callers on talk radio.

Let’s remember that it’s politicians we are mocking.

Sure, this is just Twitter, not exactly famous for reasoned and thoughtful debate. Still, what’s disheartening about this is that I don’t think there’s any disagreement on substance here. We all agree that we should accept Syrian refugees. We all agree that screening ought to be rigorous.1 We all agree that Republican fearmongering should be fought.

There are really only two disagreements. The first is whether fear of Syrian refugees is even understandable. Here’s Charlie Pierce: “It is completely practical to believe that [ISIS] would try to infiltrate their fighters into this country under the cover of being refugees. They would have to be stupid not to try. Charlie Baker is not a bigot. Neither is Maggie Hassan. Their concerns are not posturing. They are not for show….They should be taken seriously and addressed seriously.” I agree—and I’d suggest that anyone who thinks these concerns are just ridiculous bedwetting is pretty far out of touch with ordinary folks.

Second, how should this fear be addressed? Here’s the problem: people won’t even listen to you unless they think you take their concerns seriously. That’s why, for example, liberals mostly dismiss conservative posturing about race: we don’t believe they even take the problem of racism seriously in the first place. And probably the best way to convince people that you don’t take a problem seriously is to mock it.

Maybe it’s true that we’re only mocking some of the most egregious politicians. And maybe it’s true that they deserve it. But who cares? Ordinary voters won’t make the distinction—they’ll just hear the mockery—and it doesn’t matter what anyone deserves. What matters is what works. On issues of interest only to wingnuts, go ahead and mock. We’re not going to persuade them of anything no matter what. But on issues like this, where a quite understandable fear is shared by a broad slice of the electorate, mockery is death. We can persuade these folks, and the way to do it is to acknowledge the problem and then fight the fear with facts.

Will it work? Maybe, maybe not. But it’s got a way better chance than mockery does. For a good example of how to do it, check out President Obama’s comments tonight. There were a couple of sentences of ridicule in there, but nearly all of it was a firm, fact-based pushback against fear of letting in refugees. Obama didn’t give in to bigotry or xenophobia, and he was plenty tough on Republicans. But he took the fears seriously and wasn’t guilty of mockery.2 That’s how it’s done.

1Which it already is. Refugee screening in America is an extremely long and arduous process.