Yesterday a friend emailed to ask if I had any thoughts about Ohio’s Issue 3, which would fully legalize marijuana cultivation and sale in the state. Ohio? I barely pay attention to California, let alone Ohio.

But Issue 3 turns out to be surprisingly fascinating—or venal and repellent, depending on your tolerance for sleaze. Apparently one of the authors of the initiative came across a Rand report on marijuana written by a bevy of drug-policy worthies, and it offered up a dozen possible options for legalization. One of them is called “structured oligopoly”:

It is natural to ask whether there is some way to get for-profit businesses to behave in the public interest. The answer is “Perhaps.”

….States might prefer [] to offer only a limited number of licenses, creating artificial scarcity that makes the licenses valuable—valuable enough that firms will have a strong incentive to cooperate with regulators rather than risk revocation….Limiting the number of licensees also makes monitoring their behavior easier. A rogue company could more easily 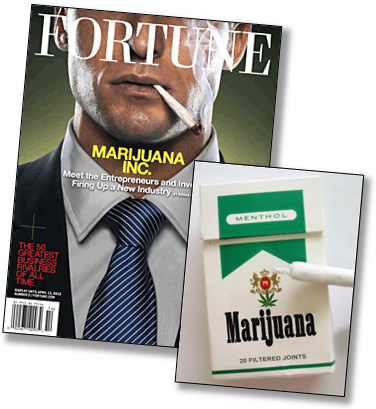 ….So a structured-oligopoly strategy might involve licensing a limited number of firms, monitoring them closely, and not being shy about rescinding a firm’s license if it behaves in ways contrary to the public interest.

This might not be your cup of tea, but let’s stipulate that it has some potential. How would you distribute these licenses? The straightforward approach is to auction them off for set periods. Unfortunately, this has a big drawback: it maximizes the payment for licenses, and thus minimizes the profit of the oligopolists. This is obviously vexing.

So how about this instead? Pick out ten rich friends. Each is required to put up $2 million to help pass a ballot initiative. In return, you promise to write the names of the investors directly into the initiative, giving them a perpetual and exclusive right to grow marijuana in the state of Ohio.1 In addition, you write a special, unalterable flat tax rate into the law, as well as a minuscule annual licensing fee. Now that’s an oligopoly you can believe in! Keith Humphreys, who brought this to my attention, has a few comments:

It has taken the alcohol industry decades of lobbying to roll back many of the restrictive, public health-oriented regulations established after the end of Prohibition. Booze industry executives must look with envy upon the emerging marijuana industry, which can use the ballot initiative process to achieve complete regulatory capture from day one.

….No one should be surprised that in a country with an entrepreneurial culture, a commitment to free markets, and a political system highly attuned to corporate donations, legalized marijuana would develop a significant corporate presence. Indeed, many drug policy analysts, including me, expected this to happen eventually. But the rate at which the change is happening is truly startling, and will become even more so if the Ohio initiative passes.

If the marijuana industry ends up being a clone of the tobacco industry, will legalization supporters experience buyers’ remorse? It depends who you ask.

Well, you could ask me. I don’t care what they’re legalizing. This stinks. It’s crony capitalism without even a veneer of decency, and if it applied to anything else nobody would have the gall to ever let it see the light of day. If this is the price of pot legalization, count me out.

1Technically, no names are actually in the initiative. Instead, it limits marijuana cultivation to ten specific parcels of land that are owned by the ten investors. Also, individuals are allowed to cultivate small amounts for their own recreational use if they get a license.