Mark Zuckerberg’s announcement that he will use 99 percent of his wealth for charitable purposes has generated a surprising amount of acrimony. I don’t really get why. Anyone who looks into it for more than a few seconds understands that the financial structure he set up doesn’t benefit him personally, so there’s no point griping about that. Nor does it make a lot of sense 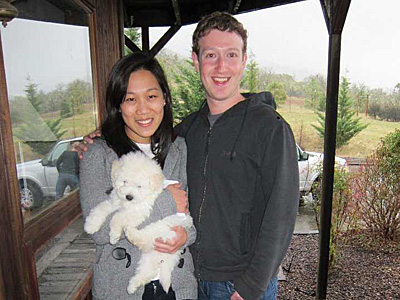 to make Zuckerberg into a poster boy for income inequality. There are lots of better examples. Josh Barro identifies the only real concern about Zuckerberg’s plan:

The bigger issue is the promise: to use nearly all his wealth “to further the mission of advancing human potential and promoting equality.”….[This] is, to a large degree, subjective. Most political donors believe their favored candidates benefit not just themselves but the public, and essentially all start-up founders in Silicon Valley believes their companies will serve to advance human potential. Even donations that fit within the legal framework of charity can be duds: Mr. Zuckerberg’s $100 million gift to the Newark Public Schools seems to have done little to benefit Newark students.

Well, yeah. There’s no way to force Zuckerberg or anyone else to give their money away. There’s no way to force them to give it away on projects you approve of. There’s no way to guarantee that all their donations will work out well. That’s life, and Zuckerberg is no better or worse than any other billionaire on these scores. Still, the mere fact of announcing that he plans to give away 99 percent of his wealth is praiseworthy, isn’t it? He’s putting himself under pressure to follow through and setting an example for others at the same time. What’s not to like?

As for the fact that he wants to oversee what the money is spent on instead of, say, giving it all to the Red Cross—well, I’d do the same thing. Wouldn’t you?