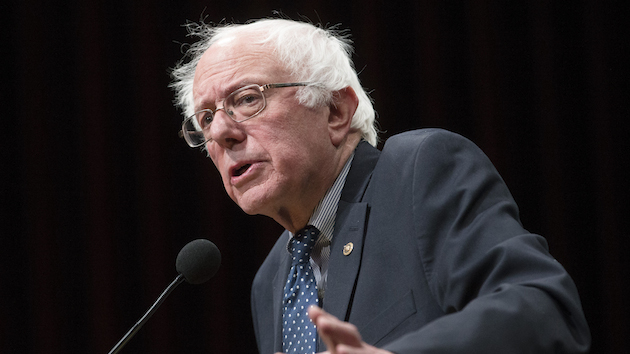 With only moments to go before tonight’s Democratic debate, Bernie Sanders has finally dropped his universal health care plan. Exciting! I imagine that Team Clinton is poring over it pretty carefully right about now. Here’s what he says it does:

Bernie’s plan will cover the entire continuum of health care, from inpatient to outpatient care; preventive to emergency care; primary care to specialty care, including long-term and palliative care; vision, hearing and oral health care; mental health and substance abuse services; as well as prescription medications, medical equipment, supplies, diagnostics and treatments…As a patient, all you need to do is go to the doctor and show your insurance card. Bernie’s plan means no more copays, no more deductibles and no more fighting with insurance companies when they fail to pay for charges.

Well, that sure sounds good. And I’m all in favor of universal health care. But I’m also curious about how he’s going to provide comprehensive care like this with no payment

by patients at all and at such a low cost. Here are his basic claims:

This is considerably less than the $3 trillion we spend now, and Sanders also says his plan will keep spending growth down. This accounts for his claim that his plan will reduce total national spending on health care by $6 trillion over 10 years.

So is this credible? It’s close. His taxes will probably raise about what he says. I’m not sure that he can reduce spending as dramatically as he hopes, but he can probably reduce it some. In other words, his sums might not add up perfectly, but they’re pretty close.

If there’s anything to criticize, it’s his statement that the average family of four will pay only $466 per year. The problem here is that while his payroll tax might come from employers, it will end up being paid for by workers—just as existing employer health plans are ultimately paid for by workers. That would cost his family of four about $3,100, putting their total at around $3,600. And if you figure that Sanders is being optimistic about cost savings and will probably need to raise taxes more than he says, our family’s total bill probably clocks in at around $4,000.

As for the details of exactly how the plan would work, I don’t know. The document on Sanders’ website doesn’t say much about that. I assume there’s another document somewhere, or maybe more to come. Stay tuned.