I have on my desk Thomas Leonard’s Illiberal Reformers which I am very much looking forward to reading and, if time permits, reviewing. Leonard is a brilliant and meticulous historian and his new book investigates 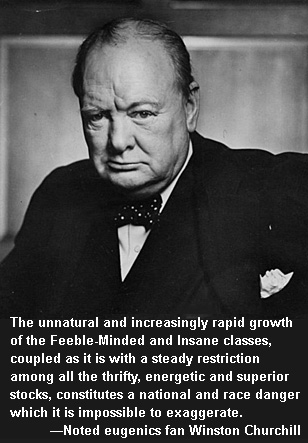 the eugenic roots of progressivism. More on that in a moment.

Everybody needs a hobby, but this is sure an odd thing to keep obsessing about. Yes, many early progressives believed in eugenics. Modern liberals aren’t especially proud of this, but we don’t deny it either. There are ugly parts of everyone’s history.

So why go on and on about it? If it’s a professional historical field of study for you, sure. Go ahead. But in a political magazine? It might make sense if you’re investigating the roots of current beliefs, but eugenics died an unmourned death nearly a century ago. And no matter what you think of modern liberal views toward abortion or right-to-die laws, nobody can credibly argue that they’re rooted in anything but the opposite of eugenics. Early 20th century progressives supported eugenics out of a belief that it would improve society. Contemporary liberals support abortion rights and right-to-die laws out of a belief in individual rights that flowered in the 60s.

So what’s the deal? Is this supposed to be something that will cause the general public to turn against liberals? Or what? It really doesn’t make much sense.