Let us speak of Robert Bork. I promise that I have a point to make with this.

If you read mainstream coverage of the political fallout over Antonin Scalia’s death, you won’t see Bork mentioned much. But you should, because his defeat for a Supreme Court vacancy in 1987 remains absolutely central to contemporary 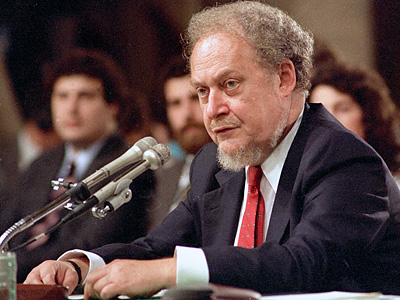 Republican views of the Supreme Court and is largely responsible for their longstanding bitterness over the direction of the court.

When Democrats think of Bork, it’s primarily as a reactionary anti-abortion zealot who richly deserved to be voted down in the Senate. Republicans decidedly don’t. They regard him as a brilliant legal scholar1 who was eminently qualified to serve on the Supreme Court until he was torpedoed by disgracefully unscrupulous attacks from Teddy Kennedy and Joe Biden. Bork may not have been the first Supreme Court nominee to be rejected by the Senate, but he was the first during the politically charged post-Roe era, and the first to be rejected on a nearly party-line vote over ideology, rather than scandal.

That seat eventually went to Anthony Kennedy, who turned out to be a centrist conservative. Two years later, partly to avoid another Bork-like conflagration, George H.W. Bush nominated David Souter to an empty seat. But Souter turned out to be a liberal. The year after that, Bush nominated Clarence Thomas, who was confirmed—but only barely and only after an epically ugly fight.

That four-year period from 1987 to 1991 dominates the way Republicans think about the Supreme Court. It represents two things to them: that Democrats have no qualms about waging scorched-earth campaigns of utter ruthlessness, and that Republicans need to be unceasingly alert to weak-kneed betrayal from allegedly conservative court nominees. This trauma runs very deep, and Democrats simply don’t have anything like it in their recent history. Since Roe, Democratic presidents have nominated four justices, and all four have been confirmed with only the usual 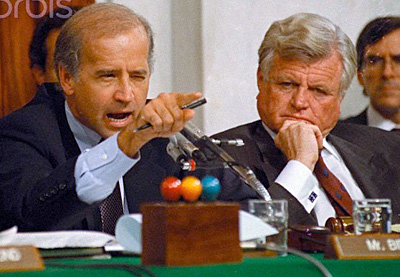 amount of political squabbling and partisan trash talk. The Republican attacks on Sotomayor and Kagan were patty-cake compared to Bork and Thomas.

Because of this history, Republicans are much more sensitive to Supreme Court politics than Democrats. You can see this in the peculiarly common belief on the right that John Roberts is a conservative traitor because he voted to uphold Obamacare.2 It doesn’t matter that his reasoning was perfectly sound. He voted the wrong way, and that immediately roused memories of Kennedy and Souter and judicial betrayal.

In the same case, both Elena Kagan and Stephen Breyer voted to uphold limits on Medicaid expansion. How did Democrats react? Basically with a yawn. Most of them vigorously disagreed with Kagan and Breyer, but that was it. Nobody suggested they were traitors to the cause.

And now—finally!—for the point I promised to make: What all this means is that Republican voters are likely to be more fired up by the Scalia vacancy than Democrats. And they’re going to stay fired up by Fox News and the rest of the gang. If Democrats want to match this, they’re going to have to really work at it. My guess is that the Supreme Court fight is good for a 1-2 percent increase in Republican turnout this November. It’s not clear to me if Democrats can match this.

2Donald Trump channeled this common view when he recently said Roberts “turned out to be a nightmare for conservatives.”