The political fight over the current vacancy on the Supreme Court is very simple: Conservatives want a conservative justice to replace Antonin Scalia and liberals want a liberal justice. The end.

The PR fight, however, is far more interesting. As Greg Sargent says, it’s a fight for the political center of America:

Democrats are betting that the American people will see their reading of what the Constitution obliges the Senate to do as the more reasonable one, i.e., that voters will agree that Senate Republicans should consider Obama’s 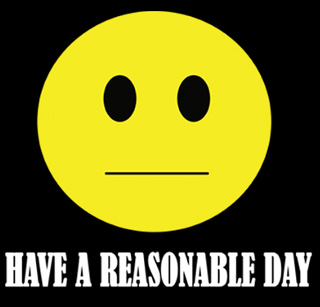 nominee, and that their refusal to do so reflects the broader GOP strategy of scorched earth anti-Obama obstruction that has produced so much gridlock and chaos.

Republicans came out of the gate saying they’d refuse to even consider an Obama nominee. This was plainly tough talk aimed at the base, but in the underlying PR battle it was a blunder. Republicans have pulled this stunt before—on the DC Circuit Court, on the NLRB, on the CFPB—but people who aren’t political junkies weren’t paying much attention back then. That changes with a high-profile position like Supreme Court justice.

So now Republicans are backing off a bit. President Obama announced in mild tones that of course he’d nominate someone—that’s what the Constitution tells him to do—and Republicans are kinda sorta saying that they’ll hold hearings after all. If they do, they’ve probably dodged a bullet since most of America isn’t really paying attention yet. The next stage in this PR battle is up to Obama: will he nominate someone who’s scrupulously centrist and well qualified? That would rack up some points for Team Liberal in the battle to seem most reasonable. Will Republicans then run hearings that are at least tolerably efficient and fair-minded? That would rack up some points on their side.

Roughly speaking, every statement or action by anyone in the Supreme Court fight should be interpreted as a shot being fired in the underlying PR war. Most people won’t care about this—they’re already firmly on a team—but there’s a small sliver of voters in the middle who do care, and they could make the difference in November. For that reason, it’s worth it for each side to try to rein in its extremists and put up a show of being the most reasonable. Democrats have the early lead right now, but they won’t necessarily keep it. After all, they have a base to keep happy too.