A few days ago I read a piece about a proposed new oil tax in Russia, and it sounded vaguely important. But other stuff happened and I never wrote about it. Max Fisher says that was a mistake:

The most consequential development in international affairs this week may have come, believe it or not, in a proposed change to Russian tax policy….When oil was selling for $100 a barrel, about $74 of that went to the state in taxes…leaving oil companies with about $11 a barrel in profit….Now, 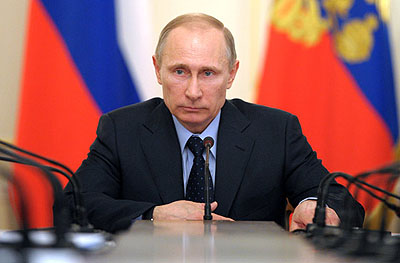 oil is selling at $35 a barrel, and taxes only take $17 a barrel….Oil companies only take $3 a barrel in profit.

….While we think of oil companies as taking profits just to shower on themselves — and indeed, there is some of that — they also spend heavily on finding and developing new oil sources….[The new tax] would make it much harder for Russian oil firms to develop new oil sources. Over time, as current oil wells dry up, new ones would not come online to replace them….Even if oil prices go back up, Russian oil output will decline so drastically that its economy might never recover.

….The potential consequences here — of Russia so cannibalizing its own oil industry that its current economic decline becomes more or less permanent — are really difficult to overstate. Sooner or later, the Kremlin would have to do one of two things (or even both): cutting back the Russian military, which is wildly expensive but gives Moscow the geopolitical muscle it believes is so crucial, or cutting back already weak social services, which does risk political instability.

Read the whole thing for more details. This is still just a proposal, and even if it goes through it might well get modified before it does serious damage. Still, much of Russia’s foreign policy is driven by the brutal fact that it has an economy about the size of Italy’s and demographic problems even worse than Italy’s, but still wants to be thought of as a great world power. As this becomes ever harder to pull off, Russia’s leaders may feel the need to somehow prove that they still matter. This would be bad.

This tax may or may not go anywhere, but it’s something to keep an eye on.