I’ve periodically argued that, conventional wisdom notwithstanding, Americans aren’t especially angry at the moment and the country isn’t in especially bad shape. My most recent post along those lines is here.

The obvious pushback is that averages don’t tell the story. Even if 80 percent of Americans are relatively content, the other 20 percent might be mad as hell—and with good reason. Wages are down over the past decade. Globalization 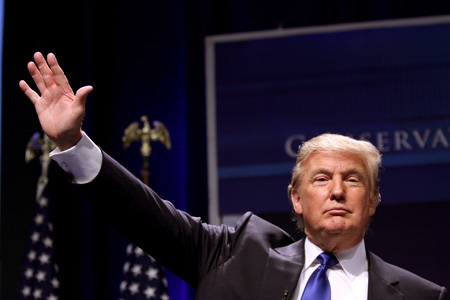 All fair points. But the question isn’t whether some voters are angry. Some voters are always angry. The question is whether they’re angrier than usual. On that score, Ed Kilgore passes along an excerpt from Michael Cohen’s upcoming book on the 1968 presidential election, American Maelstrom: The 1968 Election and the Politics of Division. The scene is a George Wallace rally at Madison Square Garden:

Outside the arena shoving matches and fistfights broke out repeatedly as Birchers, Nazis, and Klansmen tussled with Trotskyists, Yippies, and Black Power activists….With the crowd inside at a fever pitch, the guest of honor arrived….”It was uncontrolled release of frenzied, pulsating passion that seemed almost more sexual than political … It may have been the loudest, most terrifying sustained human din ever heard in New York,” wrote Robert Mayer in Newsday.

….Then, with the traditional airing of grievances, the sermon began. Wallace fired broadsides against the “pseudo-intellectuals” and “theoreticians” ….”All you need is a good barber!” he yelled at the dozens of hecklers in the crowd. “Why don’t you come down here … and I’ll autograph your sandals!” As yet another fight broke out in the balcony, Wallace offered no quarter. “Well, you came for trouble and you got it!”

Kilgore notes that the grievances of Wallace voters and Trump voters aren’t identical, though there’s considerable overlap. “The most powerful parallel, however, is perhaps the most dangerous: the joy of the crowds over the sheer demagoguery of their candidate.”

Exactly. In 1968 the economy was booming. It wasn’t globalization driving the Wallace crowds. In 2016 the civil rights revolution is 50 years old. It isn’t riots on the streets of Baltimore and Chicago driving Trump’s crowds. What drove Wallace crowds was Wallace. What drives Trump crowds is Trump.

It’s never been my argument that Trump voters don’t have anything to be angry about. But when has that not been true? When was the last time that 10 or 20 or 30 percent of the country didn’t have something eating at them? The difference this year is not that the electorate is “finally” fed up. We hear that every four years. It’s not that they’re angrier than usual. The evidence just doesn’t support that. It’s not gridlock, it’s not wage stagnation, it’s not gay marriage, and it’s not ISIS. The difference is simple: Donald Trump. If you base your campaign on demagoguery—and you’re good at it—you’ll always find a receptive audience.

That’s all that’s happened this year. America isn’t in worse shape than usual, and voters aren’t angrier than usual. We need to stop saying this. The difference—the only difference— is that we have a candidate willing to cynically mine the anger that’s always out there waiting to be tapped, consequences be damned. That’s it.