Hugh Hancock muses today about the remarkable effectiveness of efforts to turn Microsoft’s (now) infamous Tay chatbot into an asshole. It didn’t take much. Mostly the people who did it were just having a laugh, and Tay took it from there. It turns out that being an asshole is a pretty easy thing to emulate.

So what does this mean for the future? Not the far future, mind you, but next year. Hancock has an unnerving answer:

Right now, if you want to have someone attacked by a horde of angry strangers, you need to be a celebrity. That’s a real problem on Twitter and Facebook both, with a few users in particular becoming well-known for abusing their power to send their fans after people with whom they disagree. 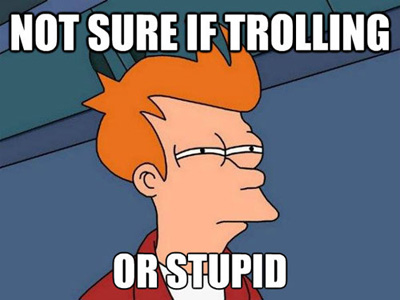 But remember, the Internet’s about democratising power, and this is the latest frontier. With a trollbot and some planning, this power will soon be accessible to anyone.

There’s a further twist, too: the bots will get better. Attacking someone on the Internet is a task eminently suited to deep learning. Give the bots a large corpus of starter insults and a win condition, and let them do what trolls do — find the most effective, most unpleasant ways to attack someone online. No matter how impervious you think you are to abuse, a swarm of learning robots can probably find your weak spot.

There are some details to be worked out, of course, like setting up all the accounts your trollbot would need. Hancock addresses that. He figures the bots will be pretty good at this stuff too.

The unnerving part of this is that although Hancock is writing in a chatty tone, this is all very plausible. And for something like Twitter, where a bot doesn’t need much intelligence to fit right in, it’s a pretty serious near-term possibility.

On the bright side, this might put actual trolls out of commission. How can they compete? And what will they do with all their newfound free time?