I’ve borrowed knowing that you can pay back with discounts. I’ve done very well with debt….Now we’re in a different situation with the country, but I would borrow knowing that if the economy crashed, you could make a deal. And if the economy was good it was good, so therefore, you can’t lose.

It was reported in the failing New York Times and other places that I want to default on debt. You know, I’m the king of debt. I understand debt 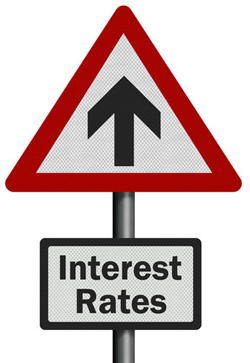 better probably than anybody….But let me just tell you, if there is a chance to buy back debt at a discount, in other words, interest rates up, and the bonds down, and you can buy debt, that’s what I’m talking about.

….But in the United States, with bonds that won’t happen because in theory the market doesn’t go down so that you default on debt and that’s what happened. So here’s the story, just to have it corrected. If we have an opportunity where interest rates go up and you can buy debt back at a discount, I always like to be able to do that, if you can do it. But that’s all I was talking about. They have it like I’m going to go back to creditors, and I am going to renegotiate and restructure debt, it’s ridiculous and they know it’s ridiculous.

I’ll give Trump this much: it was ridiculous and everyone knew it was ridiculous. It was pure Trump bullshittery. But here’s the thing: even if you accept that this was what Trump was talking about, it’s still ridiculous. The US government isn’t a third party trading Treasury bonds. It’s the issuer of the bonds. If interest rates go up, should the Treasury refinance? No: it should keep paying the lower interest rates on its outstanding bonds. But what if interest rates go down? The answer is still no. Let’s hand the mic over to the Economist:

The interest rate on Treasury bonds is fixed. If the government issues debt during a low-rate period, that’s good news. To refinance that debt in a period of higher bond yields [i.e., lower bond prices], the government would have to borrow from the market at much higher rates….Currently, most of the US’s longer-term debt trades above par value because it was issued at a time when bond yields were higher. For example there is a bond with a 2030 maturity and a 6.25% coupon; it trades at 152 cents on the dollar. Would it be worth offering 155 cents on the dollar upfront, and refinancing the debt at today’s lower rates? The dollar value of US debt would rise, not fall, in such circumstances.

In short, any voluntary deal with the market would require the government to pay fair value. And unless you think the Treasury bond market is mispriced (and it is the most liquid market on the planet), the government is unlikely to profit. It might be sensible for the government to alter the patterns of new Treasury issuance; borrowing long-term to lock in low rates for a generation. The Treasury has discussed the idea of refinancing illiquid bonds to improve market liquidity. But that is quite a different idea from Mr Trump’s proposal; the interest savings would be trivial.

Here’s the scary thing: debt really is one of the few things that Trump probably knows a bit about. It’s certainly bitten him in the ass often enough. And yet he still has no idea how it works. He continues to think that the federal government is basically the same thing as a trader on the Goldman Sachs trading desk.

It’s not. Whatever Trump is talking about, it won’t work. Sovereign debt is sovereign debt, and it gets paid off at 100 cents on the dollar. Trump may think everyone except Trump is an idiot, but I’m pretty sure the folks at the Fed and the Treasury are already keenly aware of how to handle open market operations to maximize value for the US government. Someone at the Trump Organization needs to clue him in about how all this stuff works.